There is something extremely ironic about liberals who infiltrate Trump rallies while simultaneously comparing the President to Adolph Hitler. The truth is, while the Nazi regime was far more violent and strictly evil, many of the tactics used by Hitler’s “Brownshirts” closely resemble the tactics of modern day progressives, anti-Trump protestors, and social justice warriors on college campuses.

The term “Brownshirt” refers to someone who would censor and often physically assault members of opposing parties in the name of Adolph Hitler. In addition to inciting violence, the Brownshirts would also provide protection, like bodyguards, for Nazi meetings and rallies. But even though Hitler has been gone for over 70 years since his death in 1945, his violent tactics and strategies are still very much alive.

In October of last year, James O’Keefe’s Project Veritas released an undercover video detailing how the Clinton Campaign and the Democratic National Committee were using a tactic called “bird-dogging,” which refers to purposefully creating a sense of anarchy to disrupt and discredit the opposition. The video focuses on two people – Robert Creamer, who is the co-founder of a consulting group that contracted with the Clinton Campaign and the DNC, and Scott Foval, who is one of Creamer’s consultants. At one point in the undercover video, Foval is caught talking about staging “authentic grassroots protests” and training people to “get themselves into a situation on tape.”

In Minneapolis last summer, Trump supporters were harassed and even assaulted by protestors at the Minneapolis Convention Center. One of the protestors violently punched an elderly man in the side, while others stalked families yelling “F*** racists.” As Donald Trump’s motorcade arrived at the fundraiser, a protestor jumped onto one of the SUV’s. Thankfully, police were eventually able to gain control of the situation. (RELATED: You won’t believe what these university scientists are blaming left wing violence on.)

Just this past weekend, a mini riot broke out in Berkeley, California when protestors confronted pro-Trump demonstrators. The confrontation quickly turned violent, with fists being thrown and people being beaten with signs and sticks. Some demonstrators, including an elderly man, were even pepper sprayed by the anti-Trump agitators. Police quickly responded, lining the streets dressed in riot gear in an attempt to control the situation. In the end, ten people were arrested – five were taken into custody for battery, four for assault, and one for resisting arrest.

Violent protests broke out at UC Berkeley early last month over pro-Trump guest speaker Milo Yiannopoulos. Students ran freely around the campus intentionally damaging personal property and setting things on fire, including a generator-powered spotlight. Commercial grade fireworks were also launched at police. Yiannopoulos, who had to be evacuated from the campus after cancelling his speech, later wrote on social media that “violent left-wing protestors” were responsible for the riots. (RELATED: Just how much did the mainstream media downplay the riots at UC Berkeley?)

There’s a famous quote by Dietrich Bonhoeffer that says “silence in the face of evil is itself evil.” Indeed, although Democrat leaders didn’t directly participate in the violence, most of them were hesitant at best to condemn any of it. When asked to speak about the anti-Trump protests, then President Barack Obama casually said, “It takes a while for people to reconcile themselves with that new reality [of Donald Trump becoming the new president].” Senator Bernie Sanders seemed to justify the protests by citing the First Amendment. “People are angry. People are upset,” he said. “And they want to express their point of view that they are very frightened, in very, very strong disagreement with Mr. Trump, who has made bigotry the cornerstone of his campaign.” Senator Cory Booker, a Democrat from New Jersey, even went as far as to praise the protestors: “When you have a president that in his campaign, who ran saying things that aren’t just contrary to fact but literally threatening to use presidential power in a way that would erode the rights and privileges and equality of large sectors of Americans, then God bless the protestors.” 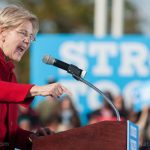 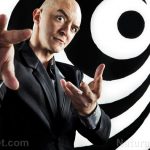 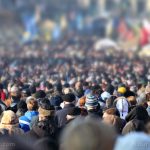 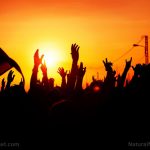 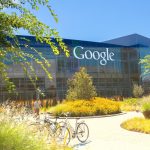