Berkeley unveils the new, dangerous logic of the deranged Left: If they disagree with you, they have the moral right to KILL you before you can speak 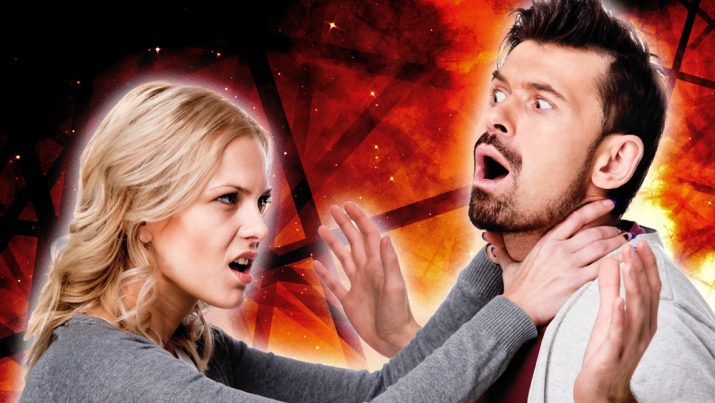 Following the UC Berkeley violence aimed at murdering gay conservative speaker Milo Yiannopoulos, the UC Berkeley newspaper has published a series of columns that unveil the dangerous new logic of the deranged Left: If they disagree with you, they are fully justified in KILLING you in order to prevent you from speaking.

In a series of essays titled “Violence as Self-Defense,” the obviously deranged Berkeley students argue that because speech they don’t like is a form of violence in their fragile snowflake minds, they have the moral right — even the obligation — to murder people who engage in that speech. (RELATED: Follow more news about liberal insanity at our new site Libtards.news)

This has now become the actual argument of the unhinged Left. Here’s the tortured process by which they justify all this:

Step 1) DEMONIZE political opponents as “Nazis” by constantly lying about them until the lies are repeated sufficiently enough to be accepted as “truth” by your peers.

Step 2) CHARACTERIZE speech from your political opponents as “violence.” Claim that any speech you don’t like is a form of violence itself. (Break down into tears at the sight of words you don’t like, and convulse with self-induced paranoia to make your victimhood seem convincing.)

Step 3) COMMIT ACTUAL VIOLENCE against your political opponents, insisting that because their speech is “violence” in your opinion, they deserve to be killed.

Step 4) JUSTIFY IT ALL by claiming you’re the victim and had to kill the Nazis out of self-defense. Vote Democrat and continue the cycle of insanity and violence while advocating genocide against whites, conservatives, Jews or whatever group you don’t like at the moment.

Then use federal funds to hire more insanely liberal college professors to teach yet more students the same twisted logic. Rinse and repeat, all while instantly labeling anyone who disagrees with you a “racist” or “homophobe,” even if they’re gay. Opinions are now “violence” according to the deranged, dangerous Left

“The first op-ed, written by UC Berkekely alumna Nisa Dang, lectured critics of the riots to ‘check their privilege.’ Dang claimed that Yiannopoulos’s views amount to “violence,” and that in turn legitimized violence against them,” reports the Daily Caller.

Even daring to criticize the deranged logic of “pre-emptive violence” by Leftists is also defined as an act of violence that would justify them killing you first, according to Berkeley students.

“Criticisms of the riots are not just wrong, in her opinion, but also constitute ‘violent acts’ against minority students,” writes the Daily Caller. “She also implied in her piece that Milo and his supporters should be killed.”

“UC Berkeley, a public campus once celebrated as the birthplace of the Free Speech Movement of the 1960s, now apparently celebrates the use of violence to suppress free speech and violate the civil right rights of guest speakers and fellow students,” adds Breitbart.com, which also writes:

One essay, by Berkeley student Josh Hardman, celebrates the “plurality of tactics,” including violence, that suppressed Milo’s speech… He adds that violence in the service of shutting down violence may not really deserve to be classified as “violence” at all.

Berkeley alumna Nisa Dang warns them to “check” their “privilege.” She argues that “no protest is nonviolent.” Students were “compelled” to protest violently, she says, because Milo’s words make students feel unsafe, and therefore call for pre-emptive action: “If I know that you are planning to attack me, I’ll do all I can to throw the first punch.” Adding that “police are violent agents of the state,” she claims that their very presence — limited as it was at the Milo event — “creates an atmosphere that perpetuates violence on community members.” She then mocks Milo for not facing whatever violence the rioters had in store — “To Milo: I’m sorry that you were too scared to stand your ground” — and hints that he ought to be murdered by those who survived genocides by “killing Nazis and people just like them.”

What Berkeley’s violence-promoting Leftists don’t seem to realize is that by arguing for this “violence as self-defense” twisted logic, they have just invoked the same twisted reasoning of every genocidal regime in world history.

Stalin, Mao, Pol Pot and even Hitler all justified their violence as a form of “self-defense” against aggressors who they depicted as destroying their society. Adolf Hitler’s genocide against the Jews was supported with the logic that their “views” were a threat to German society and had to be silenced through the prolific use of concentration camps and gas chambers — things the radical Berkeley Left would now openly advocate against conservatives.

Mao’s communist revolution in China, which saw communists executing academics in the streets, was also justified by claiming that academics were a threat to the state and therefore had to be “pre-emptively executed” for the good of society.

Berkeley students now spout the same logic as the world’s most murderous tyrants, apparently having learned nothing about world history since Berkeley doesn’t provide an actual education anymore. Instead, the school is an indoctrination center for zombie Leftists who are being trained to think like communist revolutionaries rather than patriotic Americans. Where is all this headed? It looks headed for kinetic civil war. Now that the deranged Left has decided that mass violence is justified to silence all political enemies, watch for the journo-terrorism left-wing media to keep pushing the uprising and violence as aggressively as possible. They are quite literally attempting to whip up the gullible youth into a mindless “zombie rage” uprising to accomplish three things:

Goal #1) Bait President Trump into cracking down on the violent riots, then claim Trump is anti-freedom because all the violent rioters were just “peaceful protesters.” (Yeah, right.)

Goal #2) Cause so much mayhem and chaos that the United States becomes “ungovernable” by any President, then point to Trump in four years and proclaim, “He didn’t accomplish ANYTHING!”

Goal #3) Build the uprising toward the possible goal of actually staging a massive communist takeover of the country. This effort will fail, of course, but the deranged Leftists don’t realize that yet, so they might try it.

Keep in mind that the mainstream media is actively engaged in pushing these three outcome goals by broadcasting daily fake news propaganda to whip up even more hatred toward President Trump and his administration. That’s why I call them “journo-terrorists” — they are engaged in a deliberate form of psychological terrorism that now underpins the new “philosophy of violence” being openly espoused by the deranged Left (as clearly demonstrated at Berkeley).

The left-wing media, in other words, is the FUEL behind the left-wing violence that continues to escalate. Hatred is their ally, and they keep pushing lies about Trump to maximize the hatred that leads to violence and acts of terrorism against America. This is also why I have thoughtfully argued that President Trump may need to declare a national emergency and quite literally seize the most radical left-wing media outlets (CNN, WashPost, NYT) for a short period of time to halt the cycle of disinfo, hatred and violence that’s being used by the Left to try to destroy America from within.

The truly irresponsible “free speech” being practiced in America today is not coming from Milo; it’s coming from the journo-terrorists at CNN who are ginning up what can best be called an enraged, hate-filled zombie left-wing army of obedient soldiers to carry out their violence and terrorism against all patriotic Americans.

What can YOU do about all this? Stand up for free speech and keep your powder dry

I always aim to offer practical solutions in my analysis articles, and the strategy for navigating all this is obvious: Keep supporting real free speech (i.e. from Milo Yiannopoulos and everyone else who’s outspoken) while making sure you are ready for the unleashing of kinetic civil war by the deranged left.

Because when the day comes that they say YOUR speech is a form of violence that they must stop by killing you in advance, it is truly your rightful, moral and ethical duty to defend your life using kinetic force to stop any immediate threat of violence. In other words, if they are coming at you with a spiked baseball bat, screaming something like, “YOUR WORDS ARE VIOLENT!” then you may have to invoke the laws of physics, momentum and kinetic energy to put them down.

Just make sure you have plenty of tools ready for your own defense because history has shown that insanely deranged Leftists, just like zombies, always travel in groups. When they come to kill you for your political views, you don’t want to rely on just one tool (or one magazine).

What the deranged Left is about to discover in a very disturbing way is that trying to stage a murderous uprising in a nation with the Second Amendment won’t work out very well. While other communist uprisings and left-wing revolts have achieved success throughout history, every single one of them was preceded by the disarmament of the citizens (for all the obvious reasons).

It turns out that this new logic of the insane Left — “We can kill you because we don’t like your views” — is now the greatest argument ever made for supporting the Second Amendment. If you aren’t yet a gun rights supporter, you should be!

As long as We the People maintain our Second Amendment rights, we are capable of defending ourselves against the deranged violence of the zombie Left, who are now openly admitting their desire is to kill you before you can speak. Let all that sink in a bit, then go out and complete your concealed carry training.

Be safe. The zombie hoards have been unleashed at Berkeley. And they already have the internal justification they need to murder you while claiming they are the victims. Read CivilWar.news to stay informed, and check out Conservative.news for daily updates on all political matters.

Also read this important story: Insightful columnist “nails it” with explanation of why the Left is so hateful, deranged and dangerous.