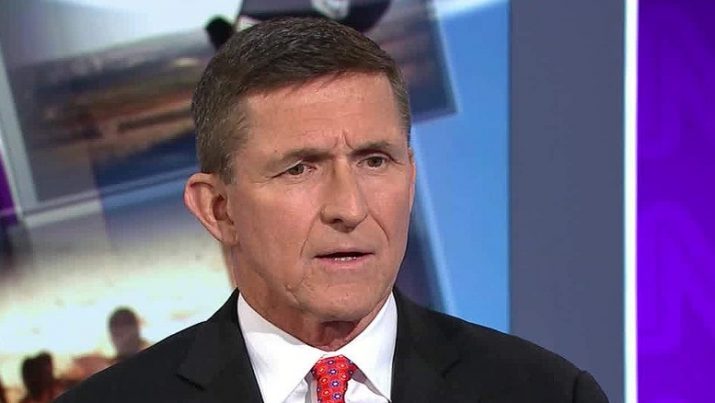 Even when he’s gone, he’s not gone.

New information surrounding the sudden resignation of Former National Security Adviser Michael Flynn is emerging, with sources telling the Washington Free Beacon that this was an intentional, well-orchestrated effort by the Obama administration. According to multiple sources both in and out of the White House, Flynn’s resignation has actually been part of a larger, more elaborate scheme by former Obama confidants to oust Flynn and preserve the nuclear deal with Iran. (RELATED: Trump national security adviser Michael Flynn resigns.)

The team of Obama loyalists – including former Obama advisor Ben Rhodes – colluded with the mainstream media to make public a wave of damning stories on Flynn, aimed at damaging his credibility and his reputation. Sources say that the move was an attempt to sabotage the Trump Administration before they had a chance to disclose details about the Iran nuclear deal that had previously been kept secret by the Obama administration. (RELATED: Read about how the democrats are trying to make Donald Trump’s job as difficult as possible.)

On the condition of anonymity, the sources that came forward revealed that the anti-Flynn campaign had been underway for months. One longtime national security adviser with close ties to the White House said that the “campaign to discredit Flynn” was undeniably “well underway before Inauguration Day, with a very troublesome and politicized series of leaks designed to undermine him.” The source then continued to explain that, “the pattern reminds me of the lead up to the Iran deal, and probably features the same cast of characters.”

Another White House official confirmed what other sources are saying. “The drumbeat of leaks of sensitive material related to General Flynn has been building since he was named to his position,” he said. “Last night was not the result of a series of random events. The president has lost a valuable adviser and we need to make sure this sort of thing does not happen again.”

But as unfortunate as the resignation of Michael Flynn is, the bigger picture is what Americans should really be concerned about. Donald Trump was elected instead of Hillary Clinton for a reason, perhaps the most significant of which was his strong stance on national security, including his opposition to the Iran deal. The Obama administration officials involved in this effort actively sought to undermine the will of the people, forcing upon them policies that in fact, they voted against last November. With respect to the Iran deal itself, the people sent a clear message to Washington DC that they wanted it done away with, and yet unelected bureaucrats, also in Washington DC, put roadblocks in the way to prevent that from happening.

You’ll recall that throughout the final weeks of Barack Obama’s presidency, both congressional democrats and liberals in the media were mostly calling for a clean, peaceful transition of power. Indeed, Barack Obama himself emphasized giving Donald Trump a chance just days after he was elected. “I want to be respectful of the office and give the President-Elect a chance to put forward his platform and his arguments without somebody popping off in every instance,” he said.

As if it wasn’t abundantly clear before, the calls for a peaceful transition of power from the progressive left have been nothing but political theater. They have absolutely no interest in taking a back seat for the next four years, and they certainly aren’t going to accept the person who defeated their messiah, Hillary Rodham Clinton, this past election cycle. As unfortunate as it is, the liberals are just getting started, and they’ve already proven that there is no limit to what they will do to sabotage President Trump and his administration. America really is in the midst of a political civil war, because even when Barack Obama and his surrogates are gone, they are not really gone.