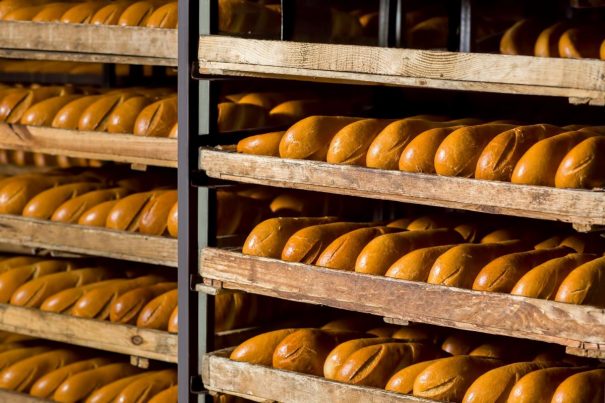 Venezuela’s Vice President Tareck El Aissami announced new regulations for bakeries in Caracas that could force many to close their doors and cause 7,000 jobs to be at risk. And for added pressure, Aissami is adamant that any stores that do not comply will be occupied by the government.

Under the new regulations, which apply to the use of raw materials like flour by bakeries, 90% of said materials will have to be destined for the production of ordinary bread, and 10% for other products such as deserts. Bakeries also need to ensure that bread is sold no later than 7 a.m. and continually made and sold throughout the day until the bakery closes.

Bakers have been producing less bread because the price is controlled at such a rate that it prevents them from turning a profit. Many have opted to instead bake other products to survive economically. These new rules are no doubt being put into place so the government can gain back financial control.

Venezuela is weathering an impossible economic disaster, which means most of these bakeries do not have enough flour to keep up production all day. Regulated prices also mean they would be unable to pay employees to produce the bread, even if the materials were available. (RELATED: Get more news like this at Collapse.news).

Víctor Maldonado, executive director of the Chamber of Commerce, Industry, and Services of Caracas, explained that this new threat of expropriation and the tightening of controls could result in at least 7,000 jobs disappearing in Caracas. This stems from the government forcing the emptying of inventories to give away bread at a price that does not cover its production costs.

And of course, as with every dictatorship, the government will be involved in this process every step of the way. To enforce the bakeries compliance with the new regulations, a monitoring team will be established. The team will consist of the National Superintendence for the Defense of Socioeconomic Rights of Venezuela (Sundde), a Bolivarian militia group, a member of the Local Supply and Production Committees (CLAP), and members of the Bolivar-Chávez. They will supervise the bread produced and the equipment the bakeries have on hand.

This is yet another blow to a country in such dire straits that citizens have resorted to eating out of trash cans to not starve to death. Some have even turned to killing and eating exotic and endangered animals because food resources are so scarce.

Diminished currency, a corrupt government, and the financial crash of its greatest export- oil, have all attributed to what we see today. While all this has continued to transpire, Maduro is still trying to convince the rest of the world that no problem exists, even refusing to accept financial aid and resources to keep his citizens alive.

Eliminating price controls instead of establishing new ones would be the better direction for the government to go. All these new regulations will do is cause more food shortages and starvation. But the Maduro regime already knows that if you control the food, you control the people.