Snowflakes urged to scream “Ouch” if their safe spaces are violated 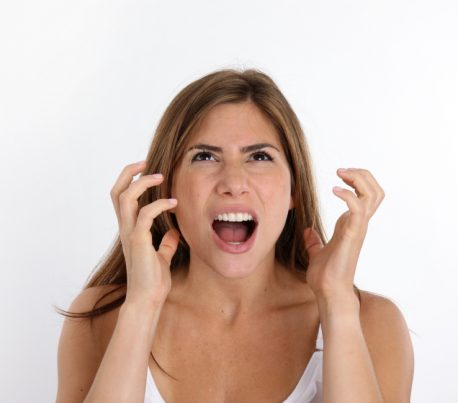 Inclusiveness has been the buzzword du jour among many universities recently. Students around the country are demanding safe spaces so that their feelings are preserved, and for whatever reason schools are giving in. In an effort to keep from upsetting their snowflakes one school has suggested implementing the words “ouch” and “oops” to solve the problem.

The University of Arizona released a 20-page “Classroom Dialogue Guide” for professors to create more “inclusive and diverse” classroom environments. Under the “Personal and Group Affirmation” section the guide suggests that lecturers encourage students to use the word “ouch” when offended by another student. In response, the person making the so-called offensive remarks should say “oops” as an apology, and thus the discussion is ended. This is just further proof that American college campuses are becoming nothing more than over-priced adult daycare centers, giving in to students’ every whim until they can kick them out in four years leaving them unable to survive on their own.

Jesús Treviño, the author of the guidelines, said they were written to promote emotion and dialogue. However, Treviño’s recommendation is to discourage the students from discussing or debating the issue any further once the ouch-oops mantra has been uttered. He writes, ““Encourage students to avoid getting tied up in debate and argument, it rarely changes anything or anyone and tends to ultimately inhibit open sharing.” This appears to presume that a subject, a statement or a conversation that involves disagreement needs to be ended instead of teaching students the effective ways to work through a conflict. It also gives students the power to stop a discussion before it starts because naturally, some students will claim to be offended just to shut another person down. (RELATED: Get more news about snowflakes at Sheeple.news)

This method also creates a victim-bully dynamic. The person saying ouch is automatically portrayed as the victim, whereas making the other student say oops forces them to accept guilt even if they don’t believe what they said was offensive, thus making them the bully. Sadly, The University of Arizona is not the first, and most likely won’t be the last, to suggest using infantile words like “ouch” to proclaim one is offended. Iowa State recently launched their “Ouch! That Stereotype Hurts” workshop in January. The curriculum is based on a book of the same name written by diversity and inclusion specialist Leslie Aguilar, and focuses on “six specific techniques” for “responding to difficult situations,” including saying the word “ouch.”

Even some liberals disagree with that the ridiculousness of the out of hand social justice movements taking place at colleges and Universities. CNN Panelist Van Jones spoke out against these growing movements. He said:

You are creating a kind of liberalism that the minute it crosses the street into the real world is not just useless, but obnoxious and dangerous. I want you to be offended every single day on this campus. I want you to be deeply aggrieved and offended and upset, and then to learn how to speak back. Because that is what we need from you in these communities.

These campuses are taking orders from students who are there to learn from them in the first place. Schools caving into the pressure from students to carry out politically correct social justice agendas is why we continue to hear these stories. In the end, the biggest victims will be the economy as these heavily indebted overly entitled children hit the workforce ready to blame anything and everyone other than themselves for the failures they will encounter in the real world. The world is not fair and will never be fair because fairness is subjective. Ultimately someone or some group is bound to feel slighted.

If these 18 to 22-year-old adults need safe words and safe spaces to function, then they are too weak to operate in society. Period.