California slashes funding of public schools that have “too many whites” 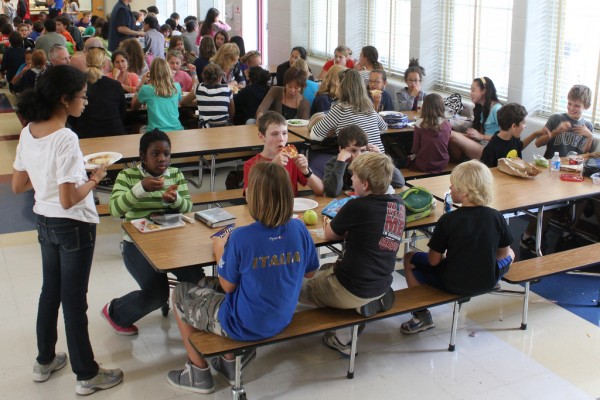 The far-Left wackos who run the state of California are not only institutional bigots and racists, they are overt about it as well.

Well, if you’re white, that is – which makes this nothing short of hate on steroids, given that whites ceased to be a majority in the state in 2015, having been surpassed by Latinos.

As reported by KABC, there was growing outrage in late March at Walter Reed Middle School in North Hollywood because the school is facing larger class sizes and layoffs of staff and teachers, thanks to a law that limits funding for schools who have more white kids.

The station noted that the school is operated by the Los Angeles Unified School District, which hands out more funding to those with student bodies containing 30 percent or fewer white kids. In a recent letter to parents, district officials announced that they would be cutting funding to Walter Reed in NoHo, which is very highly regarded, because its student body consisted of more than 30 percent white children for the past few years. (RELATED: CLAIM: Berkeley Cops Were Ordered To Stand Down While Violent Left-Wing Terrorists Assaulted Conservatives.)

The racial formula was a condition imposed by court decisions dealing with desegregation in the 1970s. Parents, however, remain frustrated with what the cuts might mean for their children.

“When your class sizes are getting larger and you’re taking resources away from students, I mean as parents, you do want your kid to go to college,” parent Rosemary Estrada told KABC.

The district has tried to soften the budget cuts by changing the school’s spending formula to one that is instead based on the overall number of students, but that’s only going to help to an extent.

Nevertheless, the loss of funding will still result in several lost jobs and larger class sizes. “For many parents,” KABC reported, “the race-based reason of ‘too many white students’ has made the cuts more difficult to swallow.”

Well, that’s certainly putting it mildly. To assume that some parents – especially most white parents – aren’t seething about this is to be about as naïve as it gets.

A quick Google search will bring up a ton of references to past federal court cases ordering schools – especially across the South, decades ago – to de-segregate. The idea, which of course was correct, is that no matter what a child’s skin color, everyone deserves the same educational opportunities.

And while the Constitution acknowledged that we’re all “created equal,” that principle was not universally applied through most of our early history. But then again, that’s what was so genius about the Constitution; as our society evolved, it provided American legislators and courts the tools to change laws and practices to make things right, so to speak.

But how do those court rulings justify racism against whites today, especially when they’re not even a majority of the population in California? Broader question: Why has the Left been permitted to justify any and all racial bigotry as long as it is directed towards anyone with white skin? (RELATED: California Should Be Stripped Of Electoral College Votes Due To High Number Of Illegals In The CA Census.)

If equality means what it implies – and you know, California’s Left-wing Democrats claim they’re all about equality – then neither this school nor any other in the state (or anywhere) should be punished for any reason having anything at all to do with the ethnicity of students.

This is just another reason why sane people, with the means, are fleeing California in droves. High taxes, massive regulations, and racist education policies are not what most Americans find appealing.