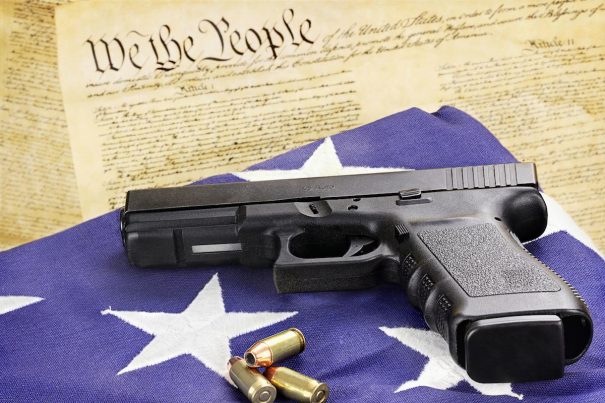 California has some of the strictest gun control laws in the country. But if you’re a police officer, active or retired, those rules don’t apply – and a coalition of gun rights organizations doesn’t think that’s fair.

Now the groups and individuals are taking their case to the Ninth Circuit Court of Appeals, though that court is one of the nation’s most liberal – so it’s not clear they’ll have much success there, either. (RELATED: Ammunition Background Checks Are Up Next On The Gun Control Agenda)

That would mean a likely Supreme Court challenge, if the high court decided to take the case, and success there is now much more likely than before, after President Donald J. Trump’s first SCOTUS nominee, Neil M. Gorsuch, was confirmed by the Senate on a majority vote last week.

The groups noted that the recent passage of California Senate Bill 707 banning those with current concealed carry permits from bringing their firearms onto any school property – but left exemptions for retired police officers in place – as just one example of how flawed the law is.

“The case is about a politically powerful group of civilians receiving special rights that other, similarly situated civilians do not receive,” Craig DeLuz, a spokesman for Firearms Policy Coalition and a plaintiff in the case, told the Washington Free Beacon. He continued:

Politically powerful police unions opposed SB707 until their retired members were exempted from the measure. Then, they not only removed their opposition, they supported it. Even the author of the measure admitted that the only reason she exempted retired law enforcement is because she could not get the law passed with their opposition.

That is a clear violation of the Equal Protection Act, as retired law enforcement officers have no more police powers than everyday citizens.

According to the law, the exemption includes any retired law enforcement officer, even if their former jobs did not require them to carry a firearm.

“For instance,” Bradley Benbrook, an attorney for the Firearms Policy Coalition, said in his court brief, “retired Internal Revenue Service agents and other federal agents are exempt simply by virtue of retiring in California or working for the agency in California for more than a year.”

DeLuz – an opponent of SB 707 – told the Free Beacon the law expanded gun-free zones, which make more people less safe. He also noted that the retired law enforcement exemption was not at all based on the retired officer’s level of proficiency or training with a firearm. (RELATED: Bill Allowing Government To Confiscate Guns Without Due Process Introduced In Illinois)

“The exemption makes even less sense when one considers that there are higher standards for civilians to qualify for a CCW (concealed carry of a weapon) than for more retired law enforcement,” he noted. “Look at the training standards for peace officer training, I believe you will find that there are not training requirements upon their graduation from the academy.

“And, in fact,” he said, “the retired law enforcement exemption includes anyone who has worked for a law enforcement agency, whether they carried a firearm as a part of their duties prior to retirement” or not.

If it has anything at all to do with actually honoring the spirit and intent of the Second Amendment, gun rights advocates are not going to find many allies either in California government or the Ninth Circuit. But because the latter is the most overturned of all circuit courts by the U.S. Supreme Court, the plaintiffs have a decent chance of winning – now that Gorsuch tilts the court 5-4 back in favor of constitutionalists.