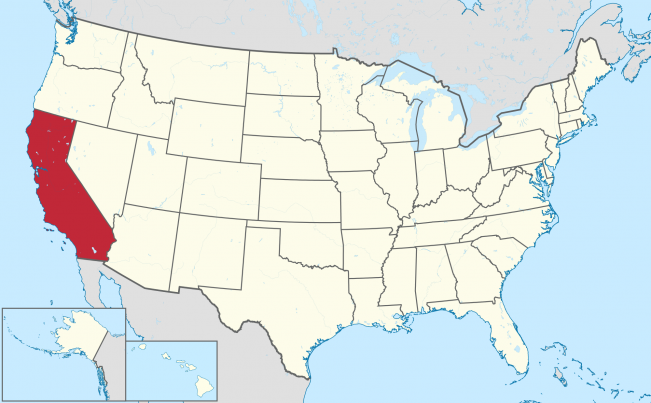 Again, that was before Clinton lost. Now that Trump is in the White House, suddenly California Leftists think seceding from Trump’s America is a great idea, and are actively entertaining the notion.

In fact, as reported by the UK’s Daily Mail, Nigel Farage and the “Bad Boys of Brexit” – that is, those who led Britain’s effort to leave the European Union – are being tapped to lead a new political movement: Splitting California into two states, if not a “Calexit” of its own.

Farage, along with Arron Banks, recently returned to Britain after a trip to the U.S., having helped raise $1 million for a Calexit campaign that seeks to divide the country’s most populous (and far Left) state into two separate states: One eastern and one western. (RELATED: If Calexit succeeds, global communists will take advantage of an anti-American sovereign state)

There are several ‘Calexit’ campaigns competing for a referendum in the United States, with one aiming to remove the state from America entirely as a response to President Donald Trump being elected last year.

Farage and Banks, who led the ‘Leave E.U.’ campaign, appear to be pitting the eastern, more rural side of California against the western ‘coastal elite’ liberals in Los Angeles and San Francisco.

If the state is divided along these lines, the west would continue to support far-Left Marxist Democrats, while the eastern half would most likely back more conservative Republicans. The coastal half would have most of the state’s population and therefore get to send more representatives to the House, while both new states would get to send two senators, increasing that body to 102 from its current 100. So that would be a wash.

Dividing California would also break up the state’s current number of electoral votes – 55 – the single largest electoral vote count in the U.S. And frankly, congressional Democrats would never agree to allow California to either secede or be broken up, for fear of permanently losing the presidency.

Still, there are dreamers in the state who believe they will succeed where Texas failed – and they are looking to Farage and Banks to show them how to get their mission accomplished.

Farage and Banks are angling to have a “Calexit” referendum put before voters in 2018, during the U.S. midterm elections.

“It would be portrayed as the Hollywood elites versus the people, breaking up the bad government,” Banks told the Daily Mail. “Seventy-eight percent of people in California are unhappy with their government. It’s the world’s sixth largest economy and it’s very badly run.”

He’s right about that: The state’s high taxes and heavy regulations make it one of the most difficult and expensive places to live.

Andy Wigmore, a spokesman for Farage and Banks, said agricultural tycoons and tech entrepreneurs have all felt left out of government “since [former President Ronald] Reagan” was in office. Reagan was a governor of California before becoming POTUS.

Speaking of the Calexit effort, Wigmore said, “This has been done before with West Virginia and North and South Dakota, so it can work.” (RELATED: New shock poll: 1 in 3 Californians now support secession)

West Virginia came into being in 1863, during the height of the Civil War – created by men who did not want to be in the Confederacy and who were loyal to the United States. Eventually, it became the 35th state in the union.

As for secession, there are a bunch of reasons why that isn’t likely to happen anytime soon. Follow more news about the collapsing state of California at Collapsifornia.com.