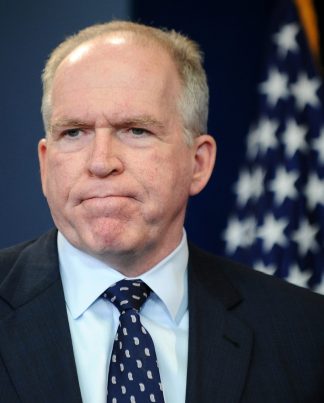 If there is one intelligence scandal Congress ought to be investigating involving foreign spies and the presidential campaign of Donald J. Trump, this is it.

As reported by The Guardian, there is compelling evidence to suggest that former CIA Director John Brennan was the primary U.S. intelligence community source working to undermine the Trump campaign in an effort to prevent the billionaire businessman from becoming president and, after he won, to undermine his transition.

The bizarre tale actually begins with a Fox News analyst, judicial analyst and former judge Andrew Napolitano. In mid-March, he leveled an amazing allegation: That the Obama administration used GCHQ, Great Britain’s equivalent of the National Security Agency, to spy on the Trump campaign during the campaign cycle so that no paper trail would be left. (RELATED: Read Confirmed: Rice ordered spy docs on Team Trump.)

“What happened to the guy who ordered this? Resigned three days after Trump took office,” Napolitano said.

That would be Brennan.

The allegation caused such a stir that Fox News took Napolitano off the air. And uncharacteristically, GCHQ issued a public ridicule of Napolitano, calling the claim “nonsense.”

Only, turns out that Napolitano’s sources were spot-on.

First, some background on why this sounded, to me, very plausible from the outset. The U.K. is one of the so-called “Five Eyes” countries that includes the U.S., Canada, Australia and New Zealand. Often abbreviated as “FVEY” and formed in the aftermath of World War II, this is a signals intelligence-gathering and intelligence-sharing treaty that has been enhanced several times since it was launched.

In 2013, documents leaked to the media by former NSA contractor Edward Snowden showed that FVEY was essentially a supra-national intelligence operation that has been used by member countries to spy on each others’ citizens. The information gathered is then shared among the five countries in order to skirt restrictive laws limiting or preventing domestic surveillance of their respective populations.

So when I heard Napolitano’s accusations, I knew it was at least feasible.

And now, thanks to some intrepid reporting by The Guardian, we learn that not only was Napolitano correct, but that the U.S. spymaster at the time, Brennan, was the Obama administration official behind the effort:

According to one account, GCHQ’s then head, Robert Hannigan, passed material in summer 2016 to the CIA chief, John Brennan. The matter was deemed so sensitive it was handled at “director level.” After an initially slow start, Brennan used GCHQ information and intelligence from other partners to launch a major inter-agency investigation.

The spying, as other reporting has suggested, was not really in relation to any suspected Russia-Trump collusion. Rather, it was nothing more than a political operation to gather whatever damning evidence might be available about Trump and his campaign, under the guise of an intelligence mission.

As for Brennan, the American Spectator noted in a special exclusive, that his motives were entirely political:

Seeking to retain his position as CIA director under Hillary, Brennan teamed up with British spies and Estonian spies to cripple Trump’s candidacy. He used their phony intelligence as a pretext for a multi-agency investigation into Trump, which led the FBI to probe a computer server connected to Trump Tower and gave cover to Susan Rice, among other Hillary supporters, to spy on Trump and his people.

Brennan’s CIA, then, was nothing less than a political branch office of the Clinton campaign. (RELATED: Trump Says The Entire “Russia Hacked The Election” Narrative Has Been Fabricated By Democrats.)

This is serious, serious stuff. Politicizing the U.S. intelligence community to thwart the candidacy of a legitimate presidential contender has involved criminal leaking of sensitive intelligence information, the improper unmasking of American civilians, and created a dangerous distrust of the very agencies entrusted to protect our country from attack.

Congress needs to investigate Brennan’s alleged role in all of this and, if need be, refer the matter to the Justice Department for further action and possible prosecution.

Keep up with this story, and similar stories, at Conservative.News.