Google accused of mass discrimination against women, paying them less than men while lying to the public 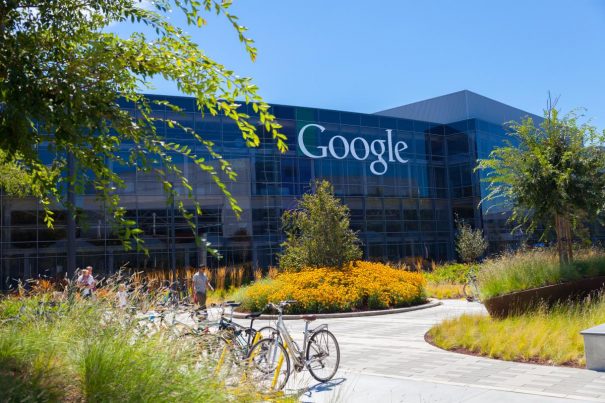 According to an official statement issued earlier this month, Google is “surprised” and “taken aback” by allegations made by the U.S. Department of Labor that the search engine giant discriminates against their female employees. In response to a Labor Department lawsuit that was issued back in January, Google Vice President of People Operations Eileen Naughton claims that Google’s annual review process for ensuring equal pay between men and women is “extremely scientific and robust.” Though Google is “surprised” and “taken aback” by the allegations that have been made against them, Naughton says that the company’s latest analysis “found no gender pay gap.”

Janet Herold, regional solicitor for the Department of Labor, disagrees. In a recent interview with The Guardian, Herold said that there were “systemic disparities among women pretty much across the board.” Because Google is a federal contractor, the company is legally required to not only comply with all existing anti-discrimination laws, but also to cooperate with investigations being conducted by the Labor Department. This legal obligation is based on a contract that Google signed in June 2014 with the U.S. General Services Administration for $600,000.

In his eight-page ruling on the case, Administrative Law Judge Steve Berlin wrote, “It begins to appear that the GSA contract had a poison pill that would rob Google of the benefits of the contract: namely, compliance with OFCCP’s demands will far exceed all of Google’s gross revenue under the contract.”

The Labor Department is requesting the compensation data for over 20,000 Google employees, as well as information regarding 54,000 job interviews, which will cost Google over $1 million to produce.

This is hardly the first time that Google has come under fire for alleged misconduct. Last December, one of Google’s own product managers sued the company for preventing workers from sharing concerns with coworkers or the press, and for the maintenance of a “spying program” that exists to limit the amount of information that is leaked to the public.

The employee who brought the lawsuit, known only as “John Doe,” claimed that such confidentiality agreements made in exchange for employment violate state labor laws. According to the lawsuit, these agreements define confidential information as, “Without limitation, any information in any form that relates to Google or Google’s business that is not generally known.”

Unsurprisingly, Google once again denied the claims that were being made against them. A spokesperson for the company argued that the allegations were “baseless,” and stated, “We’re very committed to an open internal culture, which means we frequently share with employees details of product launches and confidential business information.”

More recently, in February of this year, Google was caught blacklisting the entire Natural News domain and deleting more than 140,000 pages from its index. Some of the information that was censored by Google included Natural News’ laboratory testing of the U.S. water supply, Natural News’ announcement of free testing services for Native American water supplies, and Natural News’ coverage of the GlaxoSmithKline criminal indictment by the United States Department of Justice. (RELATED: Read the official statement from the Health Ranger on Google’s censorship of Natural News.)

Of course, one would be hard-pressed to find a corporation as large and as significant as Google that was completely free from controversy or internal misconduct. That being said, however, there are certain actions, events and controversies that cross the line, such as charges of discrimination by the federal government or the censorship of legitimate news sites. Perhaps instead of constantly denying allegations of corruption or misconduct, Google should take a step back and reflect upon the way that they operate, and the way in which they go about being the largest Internet search engine in existence.