New Mexico does away with the dark world of “Lunch Shaming” 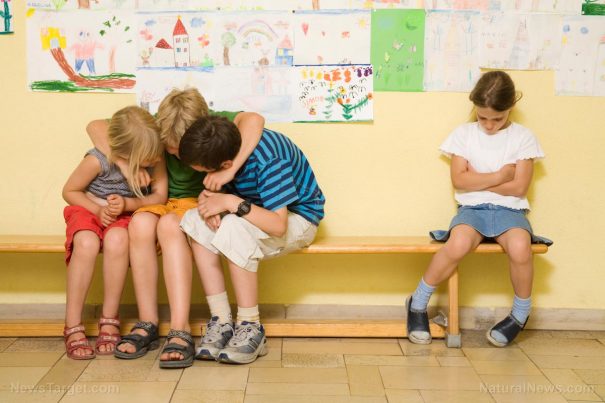 New Mexico Appleseed is a nonprofit organization working to alleviate the state’s rampant hunger and homelessness that afflicts the innocent children of low-income families. The statistics they’ve compiled are startling. Nearly 29 percent of all New Mexico children are hungry, and 25.7 percent of these young ones live in poverty. The unemployment average for parents is 38 percent. Due to this statistic, the school lunch program provides a critical source of nutrition for many poor elementary and middle school students. But, until recently, reports AppleseedNetwork.org, if parents couldn’t pay their child’s school lunch bill, the children would pay for it with public humiliation. In some cases, their hot meals were thrown into the trash  “in front of everyone.” The affected students were then given a sandwich, some fruit and milk, reports the New York Times,  along with a good dose of ridicule and shame.

Other examples of this “lunch shaming” include having the children work off their debt by doing chores in the cafe, wearing wristbands, and even being sent home with “I need lunch money” stamped on their hands.

This shaming policy, however, has finally come to an end in New Mexico, thanks to the work of the New Mexico Appleseed. Their executive director Jennifer Ramo and State Senator Michael Padilla who introduced a bill titled the Hunger-Free Students’ Bill of Rights, which was signed into law by New Mexico Governor Susana Martinez on April 6, 2017.

Ms. Ramos said that when people of both political affiliations truly grasped what was going on, “… they were genuinely horrified that schools were allowed to throw out children’s food or make them work to pay off debt … but it happens every day.” And while New Mexico is not the only state that is doing something about this “lunch shaming” tactic, there are other states where this heinous practice continues without notice from authorities. Alabama has required students to be stamped with “I Need Lunch Money” on their arm. Three years ago, The Salt Lake Tribune reported on forty children in Utah who were served their lunch, but when they got to the cash register and the debt was discovered, their “food was thrown away because of outstanding balances on their account.”

Because of New Mexico’s new legislation, it is hoped that other states will follow suit. But the combination of debt, food and local school districts dependent on money from the federal government is akin to a tidal wave rolling onto the shoreline. In 2014, The Atlantic did its own investigation into the effects of “unpaid lunch tabs” and surveyed more than 1100 school districts. They found that 71 percent of those districts had unpaid food debt, ranging from as little as $2 to $4.7 million.  They also report that 38 percent of children in these districts ” can’t afford to pay for their lunches,” and that number is growing as poverty and economic difficulties increase.

The USDA, which is in charge of the school nutrition programs, hasn’t been of much assistance. Their retort is that these debt problems “are a matter of local discretion,” so some folks are using their own heart and intuition to find ways to settle these debts and protect hungry school children. According to CNBC,  a tweet by Ashley Ford, who is a writer in New York City, raised $100,000 by suggesting people check with their local school district to help pay off lunch debts. USA Today reports of a $500 gift from a  mystery donor to pay off all the lunch debts, “from kindergarten to 12th grade” in Port Clinton, Ohio.

Here’s something even more tasty to consider. Why not donate a Mini-Farm GrowBox 2.0 to a local school so they can start growing their own food?