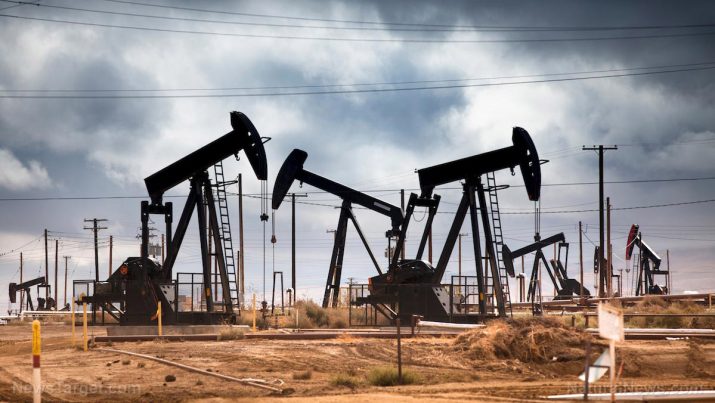 Hearing about serious environmental abuse like fracking can incite explosive feelings among those of us who care about the environment, but one environmental journalist has taken this sentiment too far.

In a glaring example of poor logic, the executive editor of the Boulder Daily Camera, Kevin Kaufman, said that those who support the decision of President Trump to bomb Syria must therefore agree that anti-fracking activists would be justified in blowing up gas and oil wells in our country.

His statement came in response to questions about his paper publishing a letter that promotes violence against the fracking industry. The letter, which was published on April 19, says that Coloradoans have a moral obligation to demolish pipelines and get rid of oil jobs.

It read: “If the oil and gas industry puts fracking wells in our neighborhoods, threatening our lives and our children’s lives, then don’t we have a moral responsibility to blow up wells and eliminate fracking and workers?”

While editors ultimately changed the piece after it was published, the main sentiment that violence is the only solution to preventing pipeline construction was kept intact. The paper added a note saying it does not endorse or condone property destruction or violence.

Editorial Page Editor Dave Krieger issued an apology on Monday, saying that the wording of the letter left it open to multiple interpretations and that he had not considered that some might view it as a call to commit violence when he first read and approved it.

“It could be construed as advocating destroying oil wells, thereby eliminating the fracking and workers that come with them. But it was immediately clear when I read the published version it could also be construed as advocating violence against oil and gas workers. I would not have let that go through if it had registered, but it didn’t,” he wrote.

However, not everyone at the paper was as willing to concede that publishing the comment was a bad idea. In fact, when confronted about the situation, one of the paper’s editors was quick to use the opportunity to get in some digs against the Trump administration.

When contacted by the Daily Caller News Foundation’s Chris White, Kevin Kaufman responded via email that the issues of bombing Syria and blowing up the wells were essentially the same, and those who can justify the former must theoretically support the latter. The full text of his email can be seen on the Daily Caller‘s website.

Free speech is one of the fundamental rights that makes America great, but it’s also important for journalists to use their platform responsibly. There are better ways to encourage the debate about a very real and concerning issue than by implying that domestic terrorism is a solution.

Fracking is a dangerous and deeply disturbing practice that devastates the land, water and air near the sites where dangerous chemicals are injected into the earth, leaving people vulnerable to a horrific list of problems like cancer, birth defects, autoimmune disorders, and autism. People in Colorado are justifiably outraged about this practice taking place in their neighborhoods, but it is not quite on the level of a chemical weapons attack.

Moreover, it’s a slippery slope; you could then argue that anyone is justified in committing violence for any cause that they personally deem righteous. Is it also okay to blow up abortion clinics if you are pro-life? Nevermind the fact that such an act would only lead to an escalation of violence, just like many believe the U.S. bombing of Syria – justified or not – is setting us on the fast track to war.