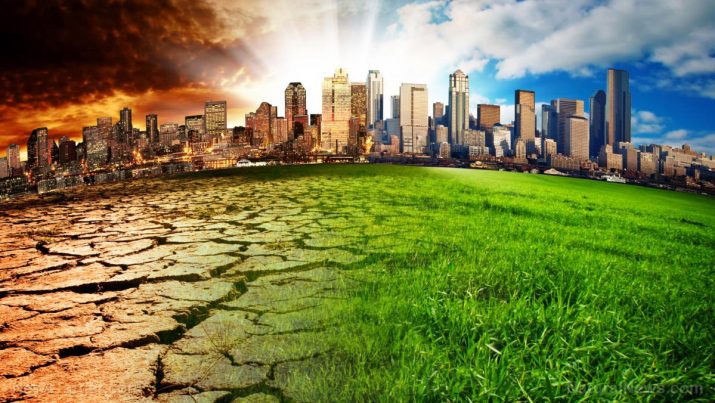 After months of being bullied by Trump supporters, Bret Stephens, a newly hired columnist for the New York Times’s opinion pages, has come under fire from the “nasty left” for casting doubt on aspects of climate change in his debut op-ed column.

He wrote about how absurd it is to blindly support climate change claims without listening to both sides. The former Wall Street Journal writer argued that scientific data and climate models create the misleading impression that we know what the impact of global warming will be. While he never stated that he believes climate change is fake, climate change alarmists went into overdrive, spitting hateful messages his way.

Just after the column was released, a petition, which has now gathered over 30,000 signatures, was created on Change.org asking the New York Times to fire Stephens.

Some even went as far as to cancel their superscription to the New York Times, urging other people to do the same.

“Each and every one of us should fully boycott the NY Times — don’t link to them, don’t click on their links. Their actions are inexcusable,” wrote one angry Twitter user. “You cannot be an ostensible paper-of-record and allow a science denier to spread propaganda.”

Stephens even pissed off some scientists and fellow journalists with his controversial piece that questioned general climate change beliefs.

“Composing my letter to the editor today and canceling @nytimes,” tweeted Adriana Heguy, a genomics researcher and professor of pathology at NYU. “‘Balance’ means a VALID alternative opinion, not pseudoscience. I’m so sad.”

“I’m gonna lose my mind. The ideas ppl like @BretStephensNYT espouse are violently hateful & should not be given a platform by @NYTimes.” wrote Eve Peyser, a politics writer at Vice.

In response to all the offensive messages, Stephens tweeted: “After 20 months of being harangued by bullying Trump supporters, I’m reminded that the nasty left is no different. Perhaps worse.”

In the attempt to get the full story, Stephens looked at claims from both deniers and supporters of climate change. Nonetheless, his piece has provoked agitation among many pro-climate change proponents.

He wrote that it is indisputable that since 1880 the earth has warmed up a modest 0.85 degrees Celsius, or about 1.5 degrees Fahrenheit, which is partly caused by humans. Though these facts cannot be denied, Stephens added that much else that passes as accepted facts are really a matter of probabilities.

Describing his opinion in another way, Stephens noted that claiming total certainty about the science behind global warming slanders the spirit of science and creates openings for doubt whenever a climate claim proves wrong. He went on to say that censoriously asserting one’s moral superiority and treating skeptics as imbeciles and deplorables win few converts.

In conclusion, he wrote that he doesn’t deny climate change or the possible severity of its consequences. Nonetheless, he believes ordinary citizens aren’t getting the full truth. According to Stephens, people have the right to be skeptical of an overweening scientism since “history has been littered with the human wreckage of scientific errors married to political power.”

According to the New York Times, this is the first subject after the election that has caused so much commotion and anger among its readers, which intrigued Liz Spayd, the public editor at the New York Times. She noted that while many people see Stephens as a provocateur who tried to incite his audience, diversity of views is needed on the opinion or op-ed pages.

What happened to the freedom of speech and alternative viewpoints? And what’s the matter with Stephens being the one to question climate change believes, she asked herself. Find more news about the Left’s demands for absolute obedience at OBEY.news.