Millennials under the impression they will RETIRE at 59, according to shocking new statistics 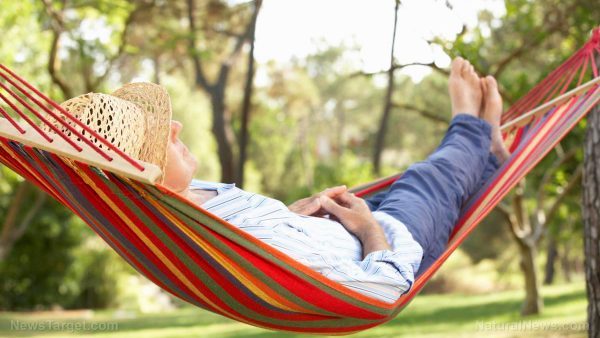 Almost everyone would like to retire early, but many of us realize it’s nothing more than a dream. The millennial generation, however, appears to be under the impression that they will be lucky enough to stop working before their 60th birthdays, despite nearly all the signs pointing in the opposite direction.

A new report from HSBC bank shows just how unrealistic the expectations of millennials are when it comes to retirement. According to the “Shifting Sands” report in its “The Future of Retirement series,” millennials – people born between 1980 and 1997 – on average expect to retire at a younger age than other generations of working age. While the average expectation overall for those of working age is 61, millennials think they will be in a position to retire at age 59. The survey questioned more than 18,000 millennials from 16 countries.

Moreover, just a tenth of them think they will continue working after they’ve reached 65, even though state retirement ages are increasing around the world, and this generation is facing financial pressures previous generations did not experience.

Their expectation seems even more outlandish when you consider the fact that 59 percent of millennials agreed that they are likely to live a lot longer than previous generations and will therefore need to support themselves for a longer period of time. This is supported by statistics showing that millennial women and men have a 39.5 percent and 27.3 percent chance respectively of living until their 90th birthdays.

Moreover, 58 percent of people believe that millennials are now paying for the financial woes of previous generations, such as increasing national debt and the financial crisis. Despite being better educated than other generations, millennials earn 20 percent less on average than baby boomers did at the same point in their lives.

Work just doesn’t seem to be terribly important to this generation, despite their overall intelligence, with a MobilIron poll finding that 60 percent of millennials say they’d simply stop working if their employer cracked down on social media use during working hours. A similar poll in 2013 found that more than half of millennials would refuse employment if their boss did not allow them to use social media on the job. This should give you a pretty good idea of where their priorities lie.

The average 2016 graduate also has around $37,172 in student loans to repay, which is likely to affect these people’s ability to save for retirement. A survey by LendEDU found that half of students think their loans will be forgiven one day, showing just how lax their attitude is toward finances. That survey also found that 80 percent of them didn’t even know what their interest rates were.

Perhaps they are under the mistaken belief that the government will take care of them? A survey by the Pew Research Center found that 40 percent of millennials feel their political views are either “mostly liberal” or “consistently liberal,” while just 15 percent of them label their views as “consistently conservative” or “mostly conservative.” It is therefore not surprising that so many millennials are expecting not to have to work too far into their golden years, and are expecting that government programs will sustain them.

The general lack of foresight seen in this generation is also embodied by the recent trend toward rearing pets instead of children in order to avoid sacrificing their lifestyle. Convenience seems to rule many of their decisions, and working and having kids are certainly not convenient, although both are extremely rewarding for different reasons.