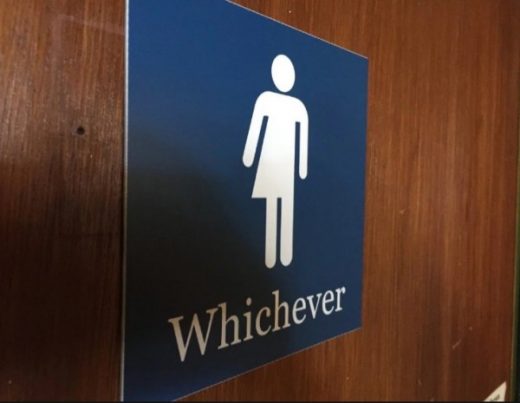 Contrary to popular belief, progressivism has nothing to do with national progress. Just a quick glance at the political positions of one of the most radical progressives in modern history, Barack Obama, is enough to know that such an ideology is extremely harmful to the fabric of any society. Excessive regulations are not a sign of progress. Neither is nationalized healthcare, the gutting of the United States military, or open borders. Rather, these are all examples of “degrowth, as they all inevitably and over time contribute to the decay of even the most stable countries in the world.

The latest entry into the progressive playbook has to do with the very small amount of Americans who are in the process of transgendering – that is, transitioning from either a man to a woman or a woman to a man. In order to accommodate this small handful of Americans, progressives are working night and day to change the definition of gender from one based on what’s between your legs to one based on what’s between your ears. You are whatever gender you think you are, they tell us, and biologically is now apparently irrelevant.

In the state of Oregon, the Department of Motor Vehicles and local officials are considering a plan to allow drivers to select “nonbinary” on their licenses, as opposed to the previous choice of simply male or female. Nonbinary, in this case, refers to someone who identifies as neither a man nor a woman.

Transgenders in Oregon claim that such a change would make them feel safer and more comfortable when doing things and going places that require identification, such as restaurants, health clinics and airports.

“Some people don’t identify as male or female,” explained Amy Herzfeld-Copple, the co-executive director of Basic Rights Oregon. “We’re excited by the DMV proposal because it’s an important step in recognizing what we already know to be true. Gender is a spectrum.”

The notion that “gender is a spectrum” is a prime example of how progressivism works. Not long ago, most people saw gender as a black and white issue – you were either a male because you were born with male genitalia, or a female because you were born with female genitalia. But over time, progressives worked slowly but relentlessly to morph that definition into something entirely different. Today, you might even be called a bigot if you subscribe to the idea that gender only has two options. It has become, as Amy Herzfeld-Copple and others tell us, a spectrum.

But try as they might, progressives still have a lot of work to do if they want to erase decades of scientific studies and evidence.

Dr. Paul H. McHugh, the former psychiatrist-in-chief for Johns Hopkins Hospital and its current Distinguished Service Professor of Psychiatry, has stated that those who undergo the process of a gender change are suffering from a “mental disorder,” and therefore those who embrace transgenderism are in effect promoting a mental disorder. (RELATED: The transgender programming of children is child abuse, warns the American College of Pediatricians… chemical castration, genital mutilation and mental illness run amok…)

“This intensely felt sense of being transgendered constitutes a mental disorder in two respects,” McHugh said in an interview with Time Magazine. “The first is that the idea of sex misalignment is simply mistaken – it does not correspond with physical reality. The second is that it can lead to grim psychological outcomes.”

McHugh compared the mental disorder of transgenderism to when a “dangerously thin” individual looks in the mirror and believes they are obese. Many political activists, such as conservative firebrand Ben Shapiro, have argued the same thing – that transgenderism is a mental disorder that society should be discouraging instead of encouraging. Otherwise, the regressive nature of progressivism will only get worse as time goes on.