Al Gore is a genocidal depopulation cultist who won’t stop until all humanity is destroyed, warns new science video 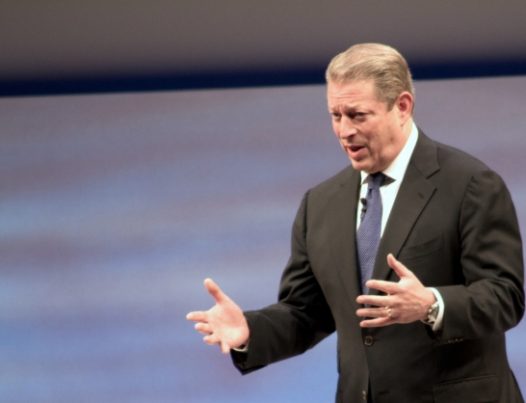 Though he certainly has his fans and sycophantic supporters, the reality about Al Gore is that when it comes to his claims that humankind’s quest to live a technologically advanced life is destroying the planet, they are worse than wrong – they are nonsensical.

Gore’s so-called “claim to fame” regarding the climate change/global warming hoax came from his ‘documentary,’ “An Inconvenient Truth,” which sounded alarm bell after alarm bell that human activity had put Earth on a collision course with destruction.

As The Daily Caller noted in reviewing the 2006 film a decade later:

Gore warned increasing carbon dioxide emissions would spur catastrophic global warming that would cause more extreme weather, wipe out cities and cause ecological collapse. To stop global warming, humans needed to ditch fossil fuels and basically change every aspect of their lives.

None of the film’s major predictions have come true. Not even close.

Gore’s basic premise is the same one the other climate change hoaxers make: The carbon dioxide generated from industrial production, burning of fossil fuels and other human activity is what is causing the planet to “warm” and the “climate to change.”

But as Natural News founder/editor Mike Adams, the Health Ranger, notes in a recent story, removing carbon dioxide from the planet is akin to a death sentence for every human being on the planet – with the exception, of course, of those global elite (which would include our former vice president).

You see, carbon dioxide is crucial to the greening of our planet. Without carbon dioxide, plants cannot survive, and of course that includes crops as well:

The “War on Carbon” is rooted in the most outrageously dangerous, dishonest and degenerate anti-science bunk that’s ever been shoveled into the minds of the masses. Far from being a “pollutant,” carbon dioxide is the “Miracle Molecule of Life” for re-greening the planet through reforestation. This essential molecule supports the entire web of life on our planet, and without it, all plants, animals and humans would die.

Of course, this isn’t speculative or hyperbolic. Without carbon dioxide there would be no habitation whatsoever on the planet. Earth would be an uninhabitable spinning rock orbiting the sun like the other planets in our solar system. This is a well-established, irrefutable scientific fact.

Yet far too many climate activists and “environmentalists” believe that CO2 is an inherently dangerous planet-killer – which is exactly the reverse of what is true. It’s a planet enhancer. It gives life to planets, it doesn’t take life away.

So why do these people want to dramatically limit carbon dioxide? Are they trying to kill us all?

Adams explores this issue in a new science video called, “Carbon Dioxide: The Molecule of Life,” in which he explains, fully, why the garbage being pushed by people like Bill Nye “the science guy,” Al Gore, Barack Obama, Bill Clinton and far too many men and women in Congress and around the globe is dangerous. They see it only as a pollutant, and they push it as such. (Related: Read EPA chief Pruitt truth bomb: No, carbon dioxide does not contribute to “global warming.”)

We should want to get rid of pollutants, of course, but not a gas that isn’t really one and, were we to really eliminate it completely, would lead to our self-destruction. Gore and those like him are attempting to do just that, however, by pushing the nonsense that carbon dioxide is more dangerous in the atmosphere than if it were not there.

As The National Sentinel reported, global warming hoaxers push this CO2 nonsense, and other lies, for two reasons: 1) They want to destroy capitalism, which they see as empowering to the masses; and 2) They want to depopulate the planet because they see people as the problem and the main cause of “global warming.”

Check out the video below:

J. D. Heyes is a senior writer for NaturalNews.com and Newstarget.com, and founding editor of The National Sentinel.