Trump getting slammed for calling his “travel ban” what it is, but the law makes clear that’s exactly what it is 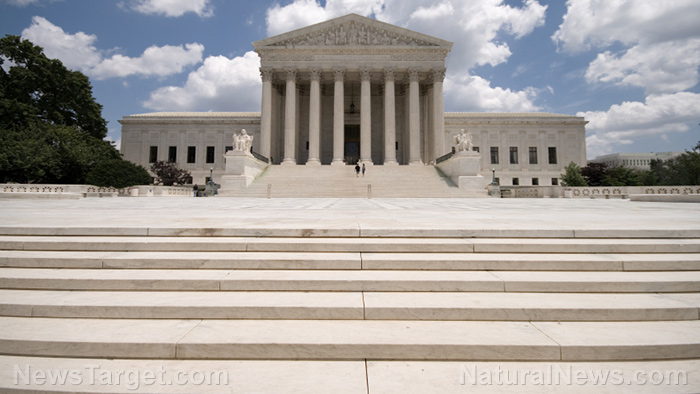 Politicos, lawyers and even the husband of a current close advisor to President Donald J. Trump do not believe he helped himself very much with some early morning tweets regarding a pair of executive orders he issued months ago that were eventually blocked by Left-wing judges in hand-picked federal courts.

But a close analysis of what the president was actually saying reveals that not only is he right, but his interpretation of his intent in issuing the orders was both legal and within his authority as head of the Executive Branch.

Last week, in case you missed it, the Justice Department petitioned the U.S. Supreme Court to expedite its review of the White House’s appeal of a lower court ruling that struck down one of Trump’s executive orders banning travel to the U.S. from a handful of countries known to be hotbeds of terrorist activities. In a rare move, the high court agreed to do so.

As reported by The National Sentinel, the expedited review could — could — result in a decision regarding the ban before the justices recess for the summer, usually sometime after this month.

In support of that process, Trump tweeted some criticism aimed at the Justice Department early Monday morning, claiming that the DoJ should have filed to fight for his original order, which was indeed a “travel ban,” as he stated, not the “watered down, politically correct version” embodied in his second order:

“People, the lawyers and the courts can call it whatever they want, but I am calling it what we need and what it is, a TRAVEL BAN!” the president tweeted.

In a follow-up tweet, he added: “The Justice Dept. should have stayed with the original Travel Ban, not the watered down, politically correct version they submitted to S.C.”

Finally, he tweeted: “The Justice Dept. should ask for an expedited hearing of the watered down Travel Ban before the Supreme Court – & seek much tougher version!”

Trump’s tweets very likely reflect not only his legitimate frustration with federal courts dictating national security and foreign policy to the White House, which the Judicial Branch has no authority to do, but also because as our ally Britain continues to suffer successive terrorist attacks, he is concerned that the United States could be next given his inability to prevent potential terrorists from getting into the country via failed countries like Syria that have no effective infrastructure left to pre-vet anyone. (RELATED: Mainstream media COMPLICIT in excusing global terrorism as London suffers deadly ISIS-linked attack: 7 dead, 49 hospitalized)

Over the weekend after the latest attack in Britain, Trump renewed his call for the federal courts to approve his revised executive order, The Hill reported.

“We need to be smart, vigilant and tough. We need the courts to give us back our rights. We need the Travel Ban as an extra level of safety!” he said.

In the filing, DoJ and other administration officials did not accept Trump’s characterization of his order as a travel ban, saying instead that it was a system of extreme vetting that he attempted to implement as a way of keeping the country safe.

One of Trump’s critics was the husband of advisor Kellyanne Conway, George Conway, an attorney who was once a leading contender for the DoJ’s Civil Rights division but took himself out of consideration. As reported by The Daily Caller, he indicated in a tweet of his own that the president was somehow tainting the Supreme Court’s decision against the administration.

“These tweets may make some ppl feel better, but they certainly won’t help [The Office of the Solicitor General] get 5 votes in SCOTUS, which is what actually matters. Sad.”

He later tweeted that he is a major Trump supporter and backer of the president’s executive orders.

But what does the relevant statute say? Section 212(f) of the Immigration and Nationality Act of 1952 states: “Whenever the President finds that the entry of any aliens or of any class of aliens into the United States would be detrimental to the interests of the United States, he may by proclamation, and for such period as he shall deem necessary, suspend the entry of all aliens or any class of aliens as immigrants or nonimmigrants, or impose on the entry of aliens any restrictions he may deem to be appropriate [emphasis added].”

That’s just about as clear as it gets: The president has the constitutional authority to issue a travel ban on whoever he chooses, even if it applies to “an entire class” of people. So why shouldn’t he expect SCOTUS to decide on that right alone?