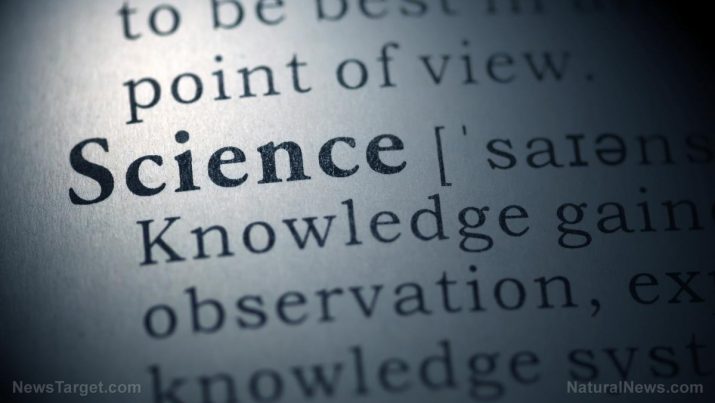 It should be said — plainly, loudly and often — that far-Left “progressives” and their ideological soulmates in the Democratic Party care nothing about “equality,” because if they really did, they wouldn’t pit ethnic groups, members of various sexual statuses and even political rivals against each other. But they do so because that is where the movement derives its power.

If you can understand that concept, then it becomes a lot easier to understand why they say, do and believe many of the things they espouse when it comes to gender issues, gender roles and the bastardization of what is “normal” into something that is immoral, wrong and, thus, in need of change.

Take, for example, recent claims made by Leftist researcher Whitney Stark at the University of Arizona’s Institute for LGBT Studies (yes, there really is such an entity). As reported by Breitbart News, she states that she’s created a “feminist” version of quantum physics, specifically to get rid of what she sees as bigotry in studying the principle discoverer of physics, Sir Isaac Newton. (RELATED: JUNK SCIENCE: Climate Change Now Being Blamed For Mental Health Problems… Is There Anything It Doesn’t Cause?)

Called intersectional quantum physics, Stark says her version battles back against perceived bigotry allegedly inherent in classical science — just because too many men were involved in developing it.

“Intersectionality and quantum physics can provide differing perspectives on organizing practices long used by marginalized people, for enabling apparatuses that allow for new possibilities of safer spaces, and for practices of accountability,” she wrote in the abstract of a new paper she expects most everyone to take seriously (but who won’t), “Assembled Bodies: Reconfiguring Quantum Identities.”

In what can only be described as politically correct gobbledegook being disguised as legitimate academic findings, Stark argued that the introduction of “quantum feminisms” will translate into “anti-oppressive transformation” in the various scientific disciplines.

In other words, we’ve got too many male scientists discovering and inventing things — beginning long ago — and, well, that’s simply got to change. Because, fairness. Or something.

I refer to these allying strategies as a constellatory body called “quantum feminisms” Hopefully, this locating-as-body can enflame some political closenesses that help shift apparatuses, allowing for energy, time, love, concentration to disperse and gather differently. That is, serve as a decent coalition, a relevant apparatus enabling conditions possible for thinking/mattering innovative transformative antioppression practices and helpful semantic/teleological tools and for checking the political salience of structures in work toward accountable, anti-oppressive transformation. I hope to unpack and highlight connectivities in which these quantum feminist posthuman tools can be explicitly relevant to anti-oppression struggles.

Amazingly — or not so amazingly given that American academia has been usurped by frauds and charlatans pushing a political agenda, not scientific or evidence-based research — her work was published in the Minnesota Review, a literary mag put out by Duke University Press. The publisher describes itself as a purveyor of “contemporary poetry and fiction as well as reviews, critical commentary, and interviews of leading intellectual figures” featuring “smart, accessible collections of progressive new work.” (RELATED: What You’re Not Being Told About The Paris Climate Agreement)

But this is just one of the latest academic trends spreading like a cancer throughout academia, this radical feminization of all disciplines. Whether there were enough women involved in the creation of modern physics or not, disregarding what we know to be true and correct in that field simply because men came up with those concepts first is asinine. And then to have such feminist views taken seriously, by merely declaring a new form of the discipline that favors women now exists, is moronic.

Many fear that our institutions — academia, the media, popular culture, entertainment, the sciences — have been lost to political correctness and thus no longer serve the nation well.

They are correct, as this latest example proves.