Insanely stupid leftists think it’s a crime for U.S. officials to talk to Russian officials… DIPLOMACY is now a crime? 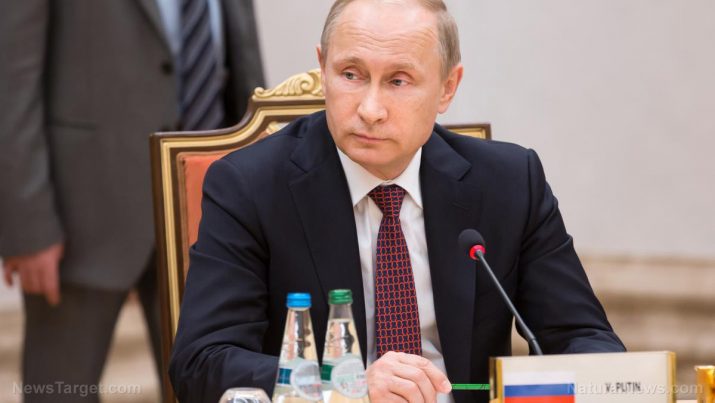 Whether you like President Trump’s plan for the country or not, one thing you can’t say about this administration (unlike the previous administration) is that Trump and his team are operating in an unlawful or unconstitutional manner. There is nothing that the President has done or even proposed thus far that is an impeachable offense, which is unfortunate for the left because they so desperately want to get him out of office. However, as we’ve learned over the past few months, the fact that there isn’t anything unlawful or unconstitutional about the way President Trump is governing is no obstacle for the radical left. Congressional democrats and the mainstream media know that all they have to do is make Americans think President Trump is scandalous and corrupt, and then proceed with their calls for impeachment.

We saw this just days after Inauguration Day when Trump attempted to implement a temporary travel ban on countries that are known for terrorism. Even though our immigration laws make it abundantly clear that the president has the ability to determine who comes into the country and who does not, the left spun the entire story to make Trump look like the big bad villain. We were told that Trump is a racist and a bigot because “he is trying to ban Muslims from the country,” even though the travel ban would only affect 13 percent of the world’s Muslims. We were told that the travel ban was unconstitutional because it infringes on the First Amendment rights of immigrants, as if our Constitution was written for the entire world, Americans and foreigners alike. All of this despite the fact that President Trump’s proposed travel ban was entirely lawful and well within the confines of the Constitution.

This pattern of false outrage and manufactured scandals is perhaps most prevalent in the ongoing Russia narrative. According to virtually every left wing democrat in the United States, Donald Trump and members of his team colluded with the Russians throughout the 2016 presidential election, and had it not been for Vladimir Putin and his ilk, Hillary Clinton would be our 45th president. In order to perpetuate this narrative, the left have essentially convinced millions of Americans that any contact with any Russians whatsoever is scandalous and therefore must be investigated. Even though politicians and U.S. officials communicate with the Russians all the time (and have for decades), we’re told that when someone inside the Trump administration does it, they’re automatically corrupt.

The persistent political assault on Attorney General Jeff Sessions is a perfect example of how congressional democrats and the liberal media turn any contact with the Russians into some kind of a criminal offense. One of the most common talking points used by the left is that Jeff Sessions lied under oath when he said that he did not have any contact with the Russians regarding the 2016 presidential election.

During his hearing back in January, Jeff Sessions was asked the following question from Vermont Senator Patrick Leahy: “Have you been in contact with anyone connected to any part of the Russian government about the 2016 election, either before or after election day?” Sessions responded, “No.”

A follow up question came from Minnesota Senator Al Franken, who referred to a recent CNN report alleging that the Trump campaign was communicating with the Russians throughout the election. “If it’s true, it’s obviously extremely serious,” Franken said of the report. “And if there is any evidence that anyone affiliated with the Trump campaign communicated with the Russian government in the course of this campaign, what will you do?”

“I’m not aware of any of those activities,” Sessions replied. “I have been called a surrogate at a time or two in that campaign and I did not have communications with the Russians.”

It was later revealed that Jeff Sessions did in fact communicate with the Russians, which is extremely common for members of the Senate Armed Services Committee. A spokeswoman for Jeff Sessions also noted that in 2016, Sessions was in contact with over 25 ambassadors, including ambassadors to Britain, Korea, Japan, Poland, India, China, Canada, Australia and Germany.

So did Jeff Sessions really lie under oath? Of course not. The fact of the matter is that when Sessions was answering those questions from Senator Leahy and Senator Franken, he was answering in the context of the Trump campaign. Under oath, Sessions said that he had never communicated with the Russians about the 2016 presidential election, which is the absolute truth.

This is how the liberals have conducted and covered the entire Russia probe thus far — they have made it seem as though any contact between any member of the Trump team and the Russians is scandalous, which of course, is nuts. Is diplomacy now a crime?