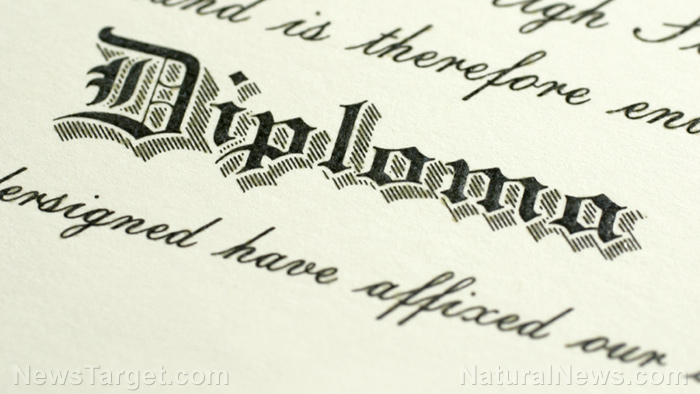 To many, it serves as a shiny badge of upward mobility – a milestone that someone took their education seriously and is now ready for the next level of responsibility in the world. But a college degree doesn’t always deliver on its promises anymore, as many graduates today are learning the hard way. Not only are many of these freshly-minted degree holders discovering that they can’t just waltz into their dream jobs simply because they hold a piece of paper. Some of them are also coming to the stark realization that they were duped by their alma maters, which failed to teach them the necessary life skill for facing the “real world” post-commencement.

Depending upon which school a student attended and the primary subject he specialized in, a degree admittedly holds varying degrees of value. A computer scientist, for instance, will have more than likely interned at a large company prior to graduating, after which time he’ll take up a full-time position for great pay. A women’s studies major, on the other hand, will find that she basically shelled out several hundred thousand dollars for a four-year safe space, and now has no marketable skills to find a real job.

There are various other factors that determine whether or not a college degree is valuable, of course. But the main point is this: College isn’t for everyone. For many young people coming out of high school, community college or technical school is a much better and typically more affordable option that offers real-life training in actual skilled work. But how many students are being told this by their guidance counselors before they sign right up for traditional college or university, a.k.a. agreeing to ratchet up huge debt unless they’re independently wealthy?

“Colleges have convinced nearly everyone that you need a degree to be an effective employee or higher-income adult, but this is just not true,” writes Daniel Ameduri from FutureMoneyTrends.com (as published in an article by SHTFplan.com).

“I can tell you as an employer that I’ve never asked a single person what their grades were and I’ve never asked to see a degree. The ugly truth is the ones with college degrees usually end up writing SEO articles for $15 an hour and the skilled workers who’ve been writing code as a hobby or editing videos for years on a MAC end up as managers making $75+ per hour.”

Unless a student is awarded grants or scholarships, attending college is expensive. According to the College Board, the average cost to attend an in-state public college is now nearly $25,000 per year. At a private college, this yearly cost doubles to almost $50,000.

This means that by the time a student graduates – assuming he pays these costs out of pocket or with loans – he will already be between $100,000 to $200,000 in debt. Based on job availability, this debt could haunt him for decades, or worse – ruin his credit if he ends up defaulting due to an inability to pay.

There are so many other options besides going this precarious route, including taking short courses online or at a local training facility, or even on the job depending on the industry. There are many ways to learn useful information that don’t have to cost tens or even hundreds of thousands of dollars.

“When I was 18 years old, I made $55,000 while my peers sat in a classroom learning things that were forgotten before they even left the campus that day,” Ameduri adds, noting that the four years that many young people typically spend to earn their Bachelor’s degrees could have been spent getting a head start in life.