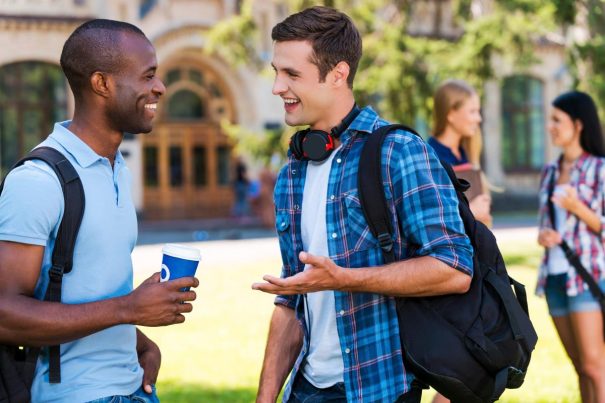 A faculty committee at Harvard University has proposed completely eliminating all fraternities, sororities, and single-gender clubs by the time school starts in the fall of 2018. The ban would apply only to incoming freshmen (and all incoming classes after them), who would be barred from joining any type of group that the committee deems as having a “pernicious influence on undergraduate life.”

The purpose of the all-inclusive ban is supposedly to make Harvard more “inclusive,” though it specifically targets all-male social clubs, which administrators claim are overrun with sexual assault and alcohol abuse. A 22-page manifesto outlines all the changes that would need to be made in order to make Harvard more “diverse” in this regard, emphasizing that gender-exclusive clubs have “lapsed into products behind their time,” and that there needs to be major “reform” to bring them up to date.

The Faculty of Arts and Sciences apparently agrees with the views of this committee, which believes that such clubs “are where Harvard students learn to discriminate,” and thus must be eliminated. In other words, all students must only be influenced by faculty members in the classroom, and have no associations whatsoever outside of them that might cause them to think differently from what the school wants them to think on a particular issue.

If the committee gets its way, all organizations will be completely phased out of the Harvard system by May of 2022. And any student who tries to start or join one in violation of the new policy would face punishment.

“In order to move beyond the gendered and exclusive club system that has persisted – and even expanded – over time, a new paradigm is needed, one that is rooted in an appreciation of diversity, commitment to inclusivity, and positive contributions to the social experience for all students,” the report reads.

So in order to “stamp out discrimination,” Harvard plans to actively discriminate against all students who wish to associate with others as part of organizations or clubs. It’s hypocrisy at its most dastardly, and something that Harvard has embraced for many years, including in 2016 when University President Drew G. Faust announced that members of single-gender organizations would no longer be allowed to hold certain leadership positions on campus.

Much backlash ensued, prompting the creation of a new committee to evaluate other ways to “revise or replace” the discriminatory policy. It eventually morphed into a push to have gender-specific groups open up their membership rolls to all genders. But even this wasn’t enough for the radical committee members who want to see all organizations banned, period.

“Our main reservation about the stated goal of the policy was whether the focus on ending gender segregation and discrimination is too narrow,” explains their report. “If all of these organizations adopted gender-neutral membership in a timely fashion, there would remain a myriad of practices of these organizations that go against the educational mission and principles espoused by Harvard University.”

Mind you, many of the organizations that this committee is trying to stamp out of existence aren’t even officially recognized by the university in the first place. That’s why the report refers to them as “Unrecognized Single-Gender Social Organizations,” or USGSOs. The report lists out which organizations these include, and most of them are sororities and fraternities that have existed for hundreds of years.

The official language of the report’s proposal for ban emphasizes that students will be prohibited from participating in any “exclusionary” social organizations “during their time” at Harvard. Any violations will result in “disciplinary action” that will be adjudicated by the school’s Administrative Board.