HATE on display: School librarian rejects donation of books because they came from Melania Trump 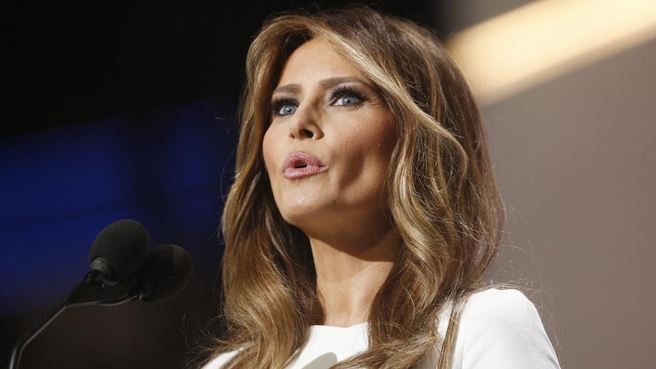 An elementary school librarian from the Ivory tower enclave of Cambridge, Massachusetts, wants the world to know that she is a bitter, hate-filled liberal who lacks class and hates the President. This is, indeed, the message that Liz Phipps Soeiro of Cambridgeport Elementary School conveyed with sharp clarity when she arrogantly rejected a donation of books that First Lady Melania Trump had attempted to give to the school to promote education and childhood literacy.

As part of “National Read A Book Day,” the First Lady reportedly chose one school from each of the 50 United States to give a gift of 10 books, all authored by children’s literacy wordsmith Dr. Seuss. Cambridgeport Elementary was the school that Mrs. Trump chose from Massachusetts, which any normal human being with decency would consider to be an esteemed honor. But to a troglodyte feminist like Soeiro, this kind gesture was received not with appreciation and thankfulness, but with detest and venom.

In a cold-hearted, cutting editorial that she penned for the Horn Book’s Family Reading blog, Soeiro categorically defined what “Love Trumps Hate” means by explaining her personal rationale for rejecting the books that the First Lady had attempted to give to the school:

“My students have access to a school library with over nine thousand volumes and a librarian with a graduate degree in literary science. Multiple studies show that schools with professionally staffed libraries improve student performance.”

In other words, Soeiro is just too high-minded, degreed, and left-leaning to ever stoop so low as to accept any literary works that the President or his wife might try to give her to enrich the student experience. But the toxic venom hardly stops there. In a personal statement made directly to the President himself, Soeiro had this to say:

“You may not be aware of this, but Dr. Seuss is a bit of a cliché, a tired and worn ambassador for children’s literature. Another fact that many people are unaware of is that Dr. Seuss’s illustrations are steeped in racist propaganda, caricatures, and harmful stereotypes.”

Perhaps the only thing more detestable than Soeiro’s delusions of self-importance is her blatant hypocrisy. Now that Donald Trump is President, anything written by Dr. Seuss is “tired,” “worn,” and “racist,” in the eyes of Soeiro. But just two years ago when Obama was still occupying the White House, Soeiro was seen at her school dressed up in a Cat in the Hat costume in celebration of Dr. Seuss’s birthday. This was right around the time when Michelle Obama was seen reading Dr. Seuss books to children, which Soeiro presumably approved of at the time because there were no Trumps involved.

Photos show a pale, grinning Soeiro donned in a goofy hat and stockings, clutching a copy of “Green Eggs and Ham” in one hand and a stuffed Seuss cat in the other. Nearby her is a table filled with bagels and orange juice, which apparently was supposed to represent a “green egg breakfast.”

One might say that Soeiro’s entire getup was a bit cliché, and possibly even a tad garish. But then again, it was Soeiro’s idea at the time, thus making it a good one because she is a librarian “with a graduate degree in literary science,” after all, and not Melania Trump.

Responding to the outlandishly petty behavior of this total embarrassment of a human being, the Cambridge School system was quick to release a statement saying that Soeiro’s obvious disdain for the current administration does not reflect the views of the entire district. Soeiro has reportedly been “counseled” by the district as to how to behave more appropriately in public, particularly with regards to her misuse of public resources “for political purposes.”