Did you know that left-leaning Oregon thinks its citizens are so stupid that it’s ILLEGAL to pump your own gas? 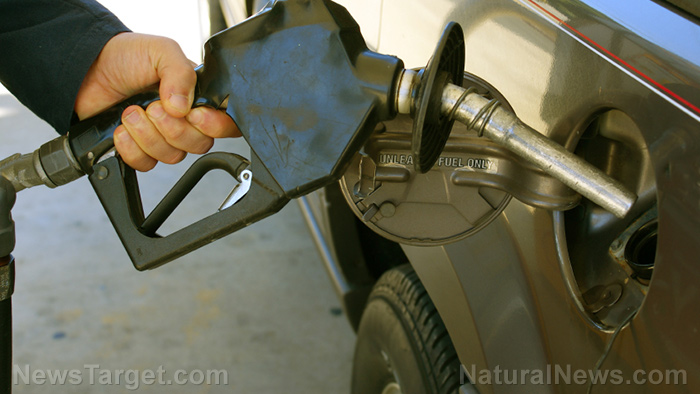 In Oregon, full-service gas stations have been the norm since 1951. Today full-service gas stations are actually mandated across the state, forbidding individuals from pumping their own gas and requiring gas station employees to serve customers. In practical terms, the left-leaning government in Oregon thinks its citizens are too stupid to pump their own fuel. Oregonians have no freedom to pump their own gas and many are so accustomed to this government mandated privilege, they openly support state government laws that restrict their individual liberty.

However, a new law signed in June of 2016 just went into effect, officially allowing residents in counties with fewer than 40,000 people the right to pump their own gas. Many whiny, privileged Oregonians are angry that the government will no longer force gas stations to give them full service in rural areas.

Once upon a time, full-service gas stations were commonplace across the U.S. Fuel station attendants would pump gas, clean windshields, and check fluid levels. As the pace of society quickened, the demand for full-service gas stations dissipated and adults began pumping their own gas. But in Oregon, the left-leaning politicians have continued to use the force of government to keep the tradition alive. For too long, Oregonians haven’t been allowed to touch gas station pumps. Now many Oregonians are having a hard time coping with the fact they will have to get out of their vehicle and pump their own gas in rural areas.

This is how a left-leaning government operates, though – treating citizens as stupid, incapable and handicapped subjects. For leftists, government power is always the solution to engineer the society they want.

A CBS affiliate in Medford, Oregon asked Oregonians what they thought about the new law, which took effect January 1, 2018. More than a thousand responses flooded into their survey expressing confusion and outrage.

Of the responses, one man retorted, “I don’t even know HOW to pump gas and I am 62, native Oregonian…..I say NO THANKS! I don’t want to smell like gasoline!” Other commenter’s said it’s safer when gas station attendants pump the fuel for you.

Oregon isn’t the only state that has handicapped its citizens when it comes to pumping gas. New Jersey motorists also face fines ranging from $50 to $250 for touching fuel pumps.

If the government can convince citizens they aren’t capable of pumping their own gas, in what other areas of life will leftist government control make people gullible, weak, and easily manipulated?