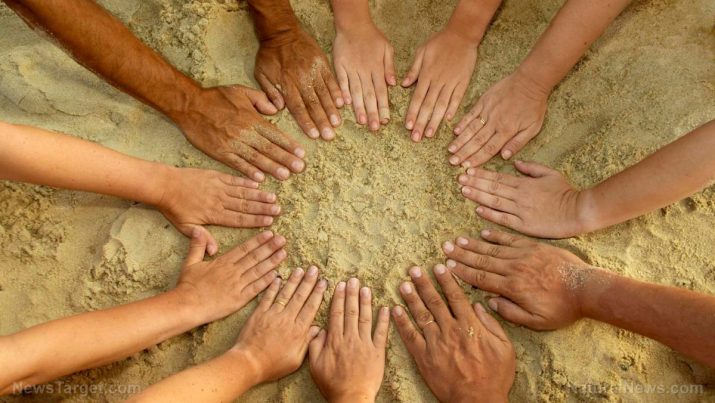 Forget about learning to create a resume and pay taxes; at Wenatchee Valley College in Washington State, students will soon be required to take a course on diversity before they graduate.

Starting in the fall of 2018, the two-year community college will require that “Every direct transfer AA-degree seeking student will need to take at least one five-credit diversity course to graduate,” according to the school’s website. (Related: This college is now requiring students to take an “Abolition of Whiteness” course for political science majors before they graduate.)

This may seem odd to some, especially considering the fact that the school’s makeup is 55 percent students of color. However, according to Erin Tofte-Nordvik, WVC’s director of a department called Diversity, Equity and Inclusion, the diversity course is absolutely necessary. “It is important that all of our students are comfortable living, learning, and working in multicultural environments and are exposed to diverse perspectives,” she said.

There are a number of learning objectives that the administration at Wenatchee Valley College hopes to achieve with their new diversity requirement, including:

For those who are unaware of what Wenatchee Valley College means by “intersectionality,” conservative author David Horowitz defined it this way in his book Big Agenda: “The linking of alleged oppressions – racism, sexism, ageism – now has an academic name, intersectionality.” Horowitz went on to write, “For nearly half a century, leftists have been working to turn liberal arts colleges into indoctrination and recruitment centers for left-wing causes.” (Related: Harvard will soon begin punishing students who join single-gender social clubs on campus.)

But despite the fact that requiring students to learn about diversity is both absurd and unnecessary, in some cases, it’s even having financial consequences.

As reported by the campus news site Campus Reform earlier this week, a new report has revealed that public universities in the state of North Carolina spend almost $17 million per year on salaries for diversity and equality staffers. Specifically, the University of North Carolina Equal Opportunity and Inclusion study found that the systemwide effort to teach students about diversity costs taxpayers an astonishing $16,615,724 annually, and that’s not even including roughly $5,467,663 in benefits and $1,902,312 in office supplies. (Related: For more campus news, visit campusinsanity.com.)

It’s time for those who reject the agenda of the social justice warriors and the progressive left to ask the question that frankly should have been asked a long time ago: Why does our society need to put so much emphasis on diversity? Why must we constantly be lectured about how people come from different races, backgrounds and beliefs? The fact of the matter is that we know how to be accepting and tolerant of others, and while there will always be some among us that choose to remain bigoted, in general, the American people practice diversity without even thinking about it. Most of us are focused on the content of one’s character, not on the color of their skin, their religious background, or their sexual orientation.

It’s ironic, but if it weren’t for the liberals endlessly talking about diversity, then this country would likely be more united then it has been in a very long time. By constantly talking about race, gender and other characteristics, the political left actually keeps us more divided – some might say that this is even their intent.