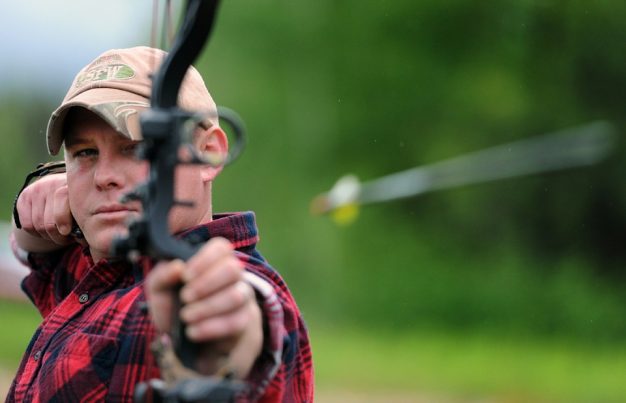 New York Democrat Linda Rosenthal has introduced new legislation that would completely eliminate all shooting sports from New York schools, effectively disallowing students from using any form of equipment that launches any kind of projectile, which Rosenthal believes contributes to the spread of “gun culture.”

Because she doesn’t like guns, Rosenthal naturally has a negative view towards the culture that surrounds their use in the United States. And if she gets her wish, New York school students will be forced to live as she does, as they will no longer be allowed to play laser tag, shoot Airsoft guns, or even participate in archery clubs at school, as all of these programs can lead to “violence,” in Rosenthal’s view.

Rosenthal claims the legislation is necessary in the wake of the alleged Parkland shooter’s involvement in the Junior Reserve Officers’ Training Corps, or JROTC, which uses firearms as part of its training. Because Nikolas Cruz had been involved with the JROTC prior to supposedly shooting up his high school in Florida, Rosenthal stupidly thinks that no student anywhere in New York should be allowed to handle guns, or things that look like or remind her of guns, at school.

“Schools should not be supporting the spread of gun culture in society,” the Jewish congresswoman is quoted as saying. “If parents want their children to have shooting instruction, there are opportunities that have nothing to do with the school.”

It’s quite the stretch in logic to claim that removing all projectile-involved sports from schools is a reasonable response to the Parkland shooting. It’s so ridiculous, in fact, that fellow congressman Will Barclay, a Republican, publicly decried it as “nonsensical,” adding that there isn’t even any evidence “that links gun violence to these programs.”

“The student athletes in my district who are involved in these teams (like JROTC) are great, responsible kids,” Barclay stated.

And perhaps Rosenthal is unaware of the fact that it was two JROTC members and students at Parkland who helped save the lives of dozens of other students during the melee. Because of their skill and understanding about how to handle shooting situations, they were able to lead students into a classroom and utilize kevlar curtains to help protect them.

Zackary Walls and Colton Haab, in case you’ve never heard of them amid all the endless coverage of David Hogg and Emma Gonzalez, are the two brave young men who knew just what to do during the Parkland incident. About 60 other Parkland students took their lead in responding to the fire alarm that was allegedly pulled by Cruz just prior to the shooting.

“I heard the first two or three shots; I knew it was gunshots, and I look back at all the kids behind me. There’s 60 kids looking at me,” stated Walls to the media about his recollection of the incident, adding that he knew the “fire zone was exactly where the shooter was.”

A JROTC captain, Walls knew that the curtains in the room had been used for various JROTC exercises, and that their kevlar material would serve as protection against potential gunshots entering the area. Had Rosenthal’s legislation been in effect at this time, neither Walls nor his friend Haab would have had any training or know-how in any of this, and likely many more students at Parkland would have ended up dead.

“I brought those curtains out because I knew exactly what they were made of,” stated Haab. “I never thought that we’d need them … but after yesterday, I’m glad that we had them.”