Best explanation yet of what happened in Charlottesville: Stefan Molyneux and Faith Goldy report the truth you won’t hear in the media 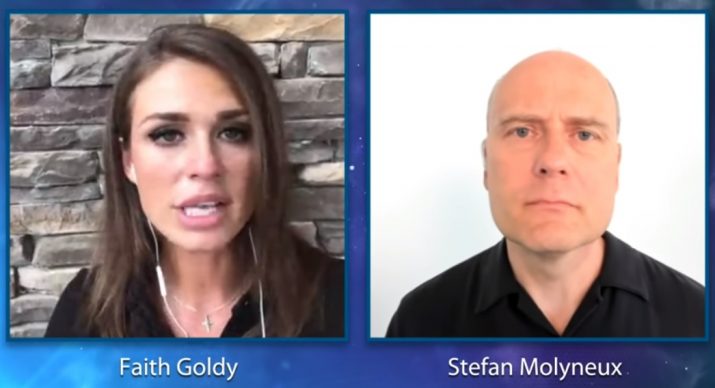 As usual, everything you’re being told about what happened in Charlottesville by the mainstream media is distorted for political effect. To sort it out and find out what really happened (and why it matters), you need to listen to independent, intelligent analysis from someone who was on the scene and saw exactly how many of the key events of the day were staged to deliberately unleash the Antifa mob onto the streets to instigate violence.

Stefan Molyneux interviews Faith Goldy in the following informative video. You can also download the podcast at this link.

What’s clear from all this so far, by the way, is that militant left-wing extremists are now attempting to exterminate White culture in America. All the “tolerance” and “diversity” of the Left, it turns out, excludes straight white Christian males, all of whom are denigrated, suppressed and demeaned by the insane left-wing mob whose exclusionary ideas are, by definition, racist and bigoted. Is it any wonder young white males are tired of being marginalized by an insane left-wing mob rooted in totalitarianism and inherent racism against Whites?

“We either have free speech or we have blood in the streets,” explains Stefan Molyneux, conforming what I’ve also said which is that Google, Facebook, YouTube and Twitter censorship targeting conservative voices is actually a root cause of the escalation of all this violence and social unrest. The radical Left believes that conservative voices have no right to be heard (and no right to even win elections). The Left’s open goal is the complete extermination of White culture (and conservative cultures) in America. In essence, the Left is calling for cultural extermination, yet crying out that they are somehow the victims in all this.

Here’s another explanation from one of the event organizers who quickly came to realize the left-wing Governor of Virginia actually conspired to restrict the free speech rights of conservatives while unleashing left-wing Antifa protesters onto the streets in order to instigate violence: