Feminist California professor goes full libtard: “Science” is racist because so much of it was developed by white men 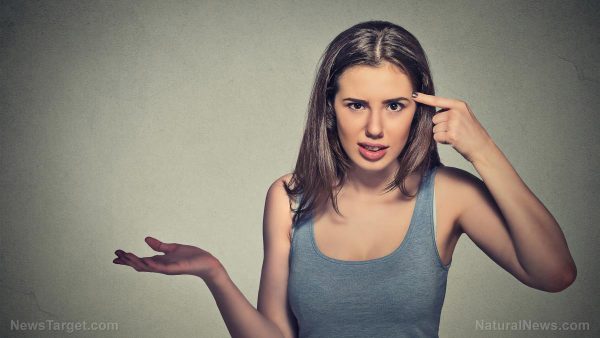 At some point, I keep hoping that the lunatics who call themselves college and university professors and who are so consumed with Alt-Left hate for people and ideologies they don’t like or understand will no longer be taken seriously or allowed to infect young, impressionable minds.

Sadly, that day has not yet arrived, as evidenced by the fact that one professor who claims that modern science is invalid not because it’s incorrect but because it’s racist.

How? Well, because ‘science’ was mostly discovered by white men, of course.

As reported by Campus Reform, a feminist professor at the University of California-Davis (no surprise there) is promising to “challenge the authority of science” by “rewriting knowledge” with a feminist spin.

In other words, she plans on re-teaching known scientific facts to emphasize her own political and sociological point of view, regardless of its validity. And apparently, that’s just fine and dandy with the politically compromised cowards who run the university, though it should not be okay with students and parents who are footing the exorbitant tuition.

Sara Giordano is arguing that “traditional science” is tainted as it relies on “a colonial and radicalized form of power.” Therefore, it must be shelved in favor of an “anti-science, antiracist, feminist approach to knowledge production.”

Knowledge production? Where do these people pull these terms from (I have an idea…).

And wait a minute — isn’t scientific knowledge a known quantity, regardless of who figured it out or discovered it? I mean, are Benjamin Franklin’s discoveries regarding electricity now no longer valid because he was a white, male colonist?

How about Alexander Graham Bell’s principles of telephonic communications…were generations of Americans just living a lie when they picked up and used a telephone?

What about Louis Pasteur, the French microbiologist and chemist? Were his scientific breakthrough techniques curbing bacterial contamination and saving an untold number of lives racist because he was a white male?

Are Dr. George Washington Carver’s inventions and scientific research with peanuts only valid because he was black?

These are ridiculous questions because Giordano’s reasoning for discounting known scientific quantities and facts is ridiculous. (Related: University professor claims MATH is racist, because whites have a natural advantage… should algebra and geometry be banned for EQUALITY?)

Nevertheless, there she is, ‘teaching’ our young people (how to hate, how to be intolerant of others’ points of view, and of course how to be biased against gender and skin color — all at a price of thousands of dollars per year).

Giordano says she’s concerned that science has “earned its epistemic authority through its own co-constitution with colonization and slavery,” and therefore “relies on a colonial and racialized form of power” (George Washington Carver was born a slave, in Missouri).

Science, therefore, is not only rooted in racism (except for black, Hispanic and Asian scientists) but also used to perpetuate racism and colonial practices (she obviously doesn’t know that Europe and the United States no longer have “colonies”).

“At the root of the justification for social inequality then is Western science,” she says, claiming that science’s distinction between “humans and non-humans” has allowed  “capitalism [to become] justified as a natural economic system.”

[Of course she has to critique capitalism — she’s a Leftist. But she doesn’t mind that her employer uses a very capitalistic principle — turning a profit — in order to continue paying her salary.]

So what’s her solution, you ask?

“We need to disrupt the epistemic authority of Science…[and] the assumption that science = truth,” Giordano wrote in an essay for the journal Catalyst, further arguing that this can be done by implementing a “feminist science practice that explicitly unsticks Science from Truth.”

Only in the strange, disturbed, alternative universe of Left-wing thought can a ‘professor’ advocate for ideology-based “science,” rather than science as simply “the state of knowing” — regardless of who figures it out.

Read more of J.D. Heyes’ work at The National Sentinel.