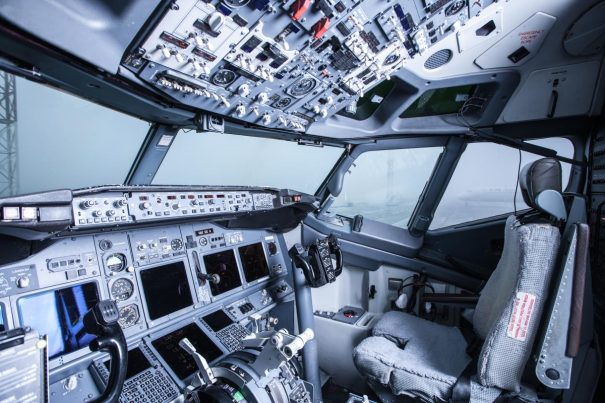 I sometimes wonder why President Donald J. Trump and Republicans want to help American corporations that are operated by Left-wing kooks and outright cowards.

I know why mind you: Helping them grow helps investors and raises their value, which in turn helps ordinary Americans who invest in these companies via their personal 401(k) and other retirement financial vehicles. Helping them grow creates jobs and opportunities for Americans so they can live better lives.

And as a capitalist, I’m all about that.

But I question the behavior and decision-making by the executives of some of these companies — and whether they truly do deserve to take advantage of the president’s “America first” agenda when they so blatantly subvert key American civil rights organizations while promoting a culture of death in our society.

United Airlines is one such corporation.

In recent days, United became one of a number of U.S. corporations whose corporate CEO’s abandon what little courage they had remaining to jump on the Alt-Left anti-Second Amendment bandwagon in the wake of the latest, admittedly horrific, school shooting in Parkland, Fla.

Like other corporations, United decided to end its special discount program for members of the National Rifle Association (NRA), which it announced in a tweet:

United is notifying the NRA that we will no longer offer a discounted rate to their annual meeting and we are asking that the NRA remove our information from their website.

“United is notifying the NRA that we will no longer offer a discounted rate to their annual meeting and we are asking that the NRA remove our information from their website,” the company tweeted.

Which is the company’s right, mind you. But United’s decision is particularly repulsive given that, according to 2ndVote, a conservative corporate watchdog, the airline continues to donate to Planned Parenthood, the nation’s biggest organized killer of the unborn, the Washington Times reports.

In addition, United supports the March of Dimes organization, a nonprofit organization that says its mission is to “help moms have full-term pregnancies and research the problems that threaten the health of babies.”

Not bad, right? Except that the March of Dimes also supports Planned Parenthood, which makes no sense whatsoever given its stated mission.

Fox News contributor Guy Benson had no problem calling out the airline for its hypocrisy.

“Hey @united, I’m an extremely loyal 1k customer. You’ve now severed ties w/ the NRA at the urging of an online mob, yet you maintain ties with Planned Parenthood, the most prolific ender of children’s lives in America, by far. Are you actively trying to chase away my business?” he tweeted.

Hey @united, I’m an extremely loyal 1k customer. You’ve now severed ties w/ the NRA at the urging of an online mob, yet you maintain ties with Planned Parenthood, the most prolific ender of children’s lives in America, by far. Are you actively trying to chase away my business? https://t.co/eArS3fiF2c

Benson’s got a great point. Not only has Planned Parenthood ended more lives than all AR-15s put together, it’s a very efficient, well-financed killing organization.

Just how great is the carnage? According to Life News, the National Right to Life organization estimates that since the U.S. Supreme Court in 1972 somehow decided that the Constitution says it’s okay to kill unborn human beings, more than 58 million abortions have taken place.

In a separate story, Life News reported that Planned Parenthood aborts 900 babies every day, according to the organization’s own figures.

And let’s never forget that, despite the Obama administration’s disgusting decision not to investigate formally or charge anyone, Planned Parenthood was busted during an undercover media operation in 2015; some of its officials were caught on video negotiating the sale of baby body parts for profit, which is illegal in the United States. (Related: Planned Parenthood harvested baby parts without patient consent; whistleblower says they just “took what they wanted.”)

Instead, the miserable Leftists who run California charged the whistleblowers, the Center for Medical Progress (where you can also view the undercover videos).

Now, United Airlines has decided that this is the kind of organization it would rather support instead of the NRA, the country’s oldest civil rights organization that defends the Second Amendment to the Constitution, which helps protect life by allowing Americans to take advantage of the right to self-defense.

Is there another airline out there with the integrity and courage to support self-defense over certain death?

J.D. Heyes is editor of The National Sentinel and a senior writer for Natural News and News Target.